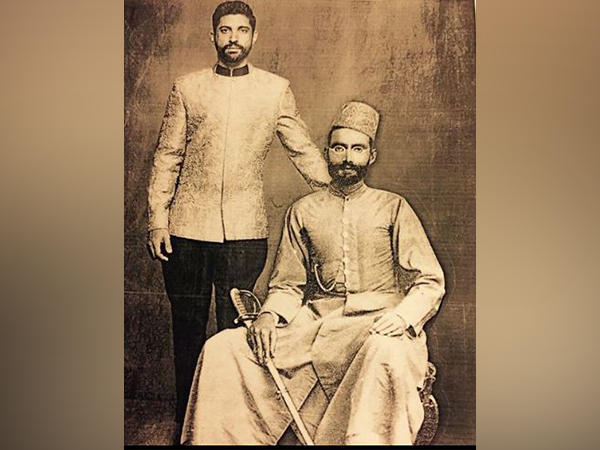 Farhan Akhtar dropped an unseen lovely picture with his great-grandfather on Monday on his social media account.

Taking to his Instagram handle, the 'Toofaan' actor shared an unseen picture with his great-grandfather, late Muztar Khairabadi, who was an Urdu poet.

As soon as Farhan posted the picture, fans and his friends flooded the comment section with messages.

Farhan's sister-in-law VJ Anusha reacted the same as her sister. She wrote, "TWINS!!!"

A fan wrote, "thought it was a film poster."

For the unversed, Farhan and Shibani who dated for almost three years tied the knot at Farhan's family farmhouse in Khandala in the presence of close friends and family members on February 19.The daytime wedding was attended by several celebrities including Farah Khan, Rhea Chakraborty, Satish Shah, Ashutosh Gowariker and Ritesh Sidwani. Hrithik Roshan also attended the wedding with his parents, Rakesh and Pinkie Roshan.

Meanwhile, Farhan was in news as the Russo brothers are considering a collaboration with Excel Entertainment, the Indian production company run by Ritesh Sidhwani and Farhan Akhtar (Gully Boy, Made in Heaven).

Akhtar also directs, writes, composes, and acts other than producing content alongside Sidhwani. In addition to a long-term connection with Netflix, the business already has a relationship with Amazon Prime Video. Jee Le Zara', the next film Akhtar will direct, stars Bollywood A-listers Priyanka Chopra Jonas, Katrina Kaif, and Alia Bhatt.

On the work front, Farhan Akhtar is on cloud nine as he made his Hollywood debut with 'Ms. Marvel'. 'Ms. Marvel' is one of the highly anticipated Marvel Cinematic Universe (MCU) projects. It introduces Iman Vellani as Kamala Khan, aka the titular character, who is a Muslim American teenager growing up in Jersey City. An avid gamer and a voracious fan-fiction scribe, Kamala is a superhero mega-fan with an oversized imagination -- particularly when it comes to Captain Marvel.