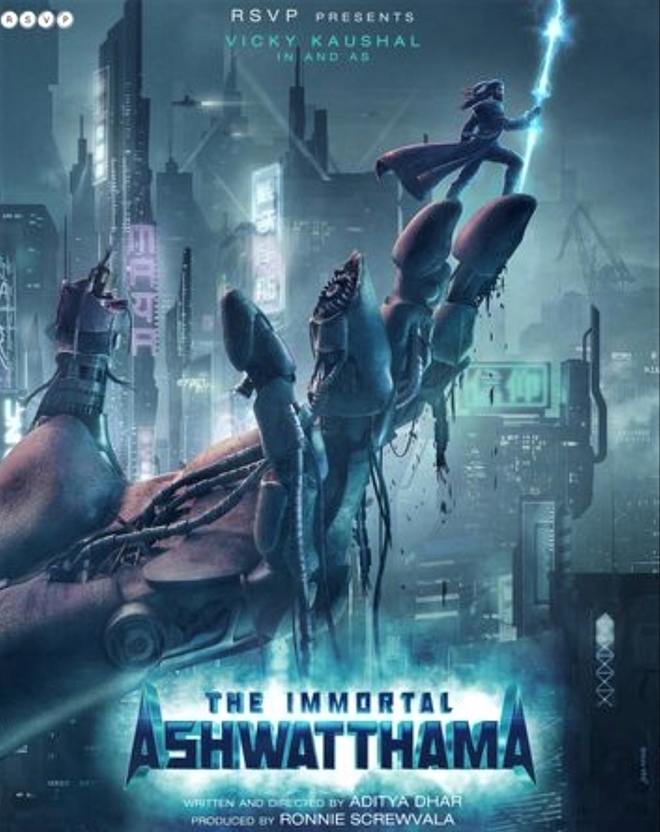 On January 11 in 2018, Aditya Dhar’s directorial debut, URI: The Surgical Strike, produced by Ronnie Screwvala, took the nation by storm winning rave reviews and striking gold at the box-office. It won three National Awards. As the film turned two years old on Monday, the trio — Vicky, Aditya and Ronnie — released the first look creative of their next collaboration, The Immortal Ashwatthama, which is a futuristic sci-fi movie, based on a character from the chapter of Mahabharata.

Vicky Kaushal describes Ashwatthama as the biggest film of his career and believes that working with Aditya and Ronnie again is more like a homecoming for him. The actor says, “Ashwatthama is Aditya’s dream project and it required the backing of a visionary like Ronnie to bring this spectacle to audiences. It’s going to be a new space for me as an actor, exploring the newest form of technology alongside acting. Can’t wait to start the journey...”