At the PoW camp with Khaliq, who lost to Milkha

Recalling the chance meeting of Col Krishan Lal Wahi with the legendary Pak athlete, his request for medical aid for a fellow soldier and how the Col’s son offered to donate blood 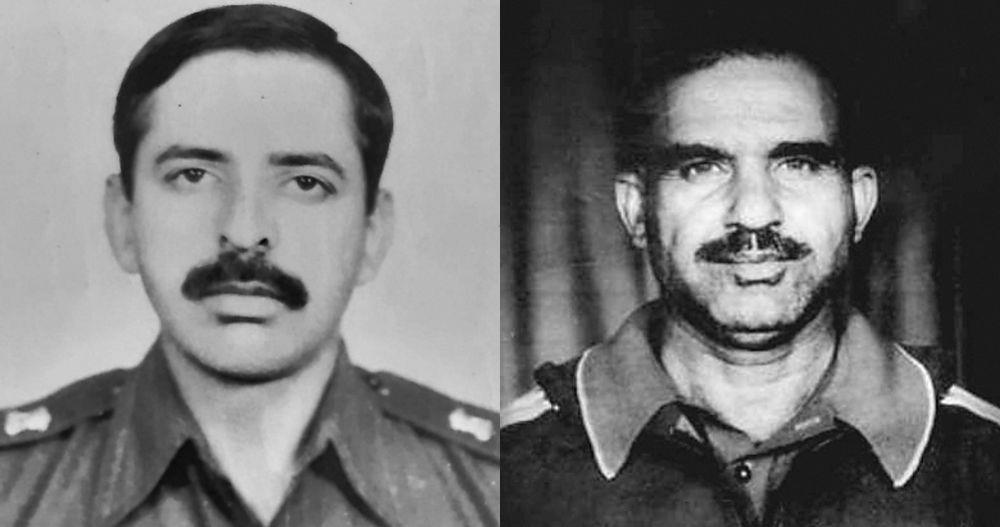 It was December 20, 1971, and the war had ended a few days ago. Ajay was a pre-medical student in DAV College, Chandigarh. He reached the Chandigarh bus stand to catch the first bus to Jammu. The morning was cool and winter’s haze hung on the roofs of the lined-up buses. A few minutes before 7, the Sikh driver in khaki climbed behind the wheel. By evening, Ajay was with his father, Col Krishan Lal Wahi, posted at Udhampur where the Army’s 15 Corps was headquartered. The family was grieving. On December 6, they had lost Flight Lieutenant Vijay Kumar Wahi in aerial battles over Chhamb-Akhnoor. He was flying a Sukhoi 7 with the IAF’s 101 Fighter Squadron. The mood of the family was sombre and quiet. Vijay Wahi was the hero brother, the fighter pilot brother whom Ajay hero-worshipped.

Then one day his father said, “Ajay, I have to visit the Prisoner of War camp here in Udhampur. Would you like to come along?”

So they drove in an Army Jonga, turned left from the nullah before the Base Hospital and reached the barbed wire cage of the PoW camp. The elderly time-scale Sikh Colonel who was the camp commandant took them to his hut and gave them tea and biscuits.

“Anyone from Khooshab Sargodha area in the camp?” asked Colonel Wahi.

‘I think there might be a few,” he said, pressing the office bell. An orderly appeared.

A man in khaki came in, saluted and disclosed his name, number, rank and unit.

“How did you get caught as PoW, JCOs are at gun position in the rear?” asked Col Wahi.

Colonel Wahi was silent for a few moments trying to recollect something. “Isn’t there a Pakistani athlete of your name who had competed against Milkha Singh in races?” he asked.

The Pakistani came to stiff attention and said, “Janab, I am the same man.”

Subedar Abdul Khaliq of 8 Medium Regiment was an ace sprinter whom Pandit Nehru had called the “The Flying Bird of Asia”. When Milkha Singh won against him, Pakistan President Gen Ayub Khan called the legendary athlete, who passed away recently, the “Flying Sikh”.

Colonel Wahi and Subedar Khaliq exchanged notes about their native province for some time and then the JCO asked, “Gustakhi mauf howey tan janab ek arz karan (Sir, if you permit, I have an appeal).”

“Janab eik munda hai, ohh nu bayonet lagya hai. Doctor saab roz aande ne, oh nuu dekhdey ney, parr ohh thik nahi ho rayaa (Sir, there is a soldier of ours who has a bayonet wound, the doctor comes every day to attend to him but his condition is not improving).”

“Badaa tezz bukhaar hai mundey nuu aur saadey paasey daa he hai (The lad has high fever and he is from our province itself).”

He asked if a surgeon could have a look at him as he was slipping away fast and maybe his life could be saved.

The senior surgery adviser at the Base Hospital was a white-bearded Sikh who also came from Khooshab. He was Colonel Wahi’s tennis partner. They gave him a call and related the case. The surgeon, Colonel Baldev Singh, asked for the PoW to be sent to the Base Hospital and sent an ambulance.

In the evening, the surgeon met Col Wahi at the tennis court. The young schoolboy also accompanied his father.

“Thank God you sent him just in time. The bayonet has gone deep inside and he has peritonisis. Very serious infection has developed inside and he will have to be operated upon. We need some blood for him. I have told the staff that I will operate after I play tennis and in the meantime they are to look for some donor of the same blood group.”

Ajay Wahi, who was overhearing the conversation, asked, “Sir, what blood group is he?”

The surgeon looked at Ajay, “You will donate blood for this Pakistani soldier?”

“Come son, then let’s go to the hospital.”

They reached the hospital and the senior surgeon said, “Here is the voluntary donor, I will just change and operate.”

Then the father and son came back. The father said, “Son, I thought that you were still a kid, but I have realised today that my son is no longer a boy, he is a man.” Lt Col Ajay Wahi, a pathologist, had donated blood 130 times till he reached the age of 65.