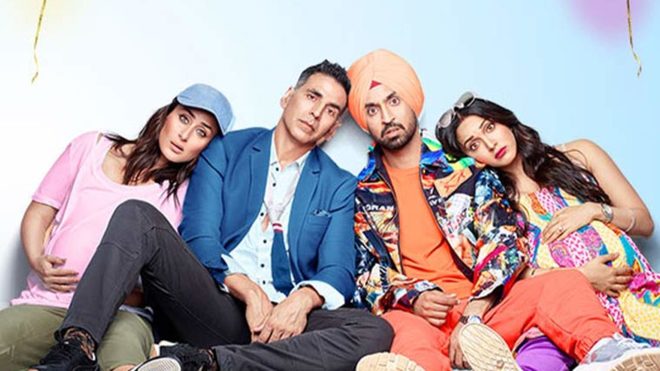 Producer Rhea Kapoor’s voice bubbles up with mirth as she lists the influences behind her penchant for scripts with Punjabi leads: exposure to her strict, disciplined Sindhi mother’s “insanely warm, insanely emotional” Punjabi friends, Renu Aunty and Pammi Aunty; and her Punjabi father, Bollywood actor Anil Kapoor’s relatives. Punjabis “are a dildaar people,” she says. “They’ll spread themselves more than they have, they like to eat well, drink well, live life to the fullest each day. Their life is basically a roadmap for escapism and that’s the kind of film I make — films you can escape into, that are larger than life.”

Rhea has so far produced Aisha (2010), Khoobsurat (2014) and Veere di Wedding (2018). Like these three films, her next too is heroine-centric and “rooted in Punjabi culture”. She adds, laughing: “I’m diversifying a little. The film after that is set in UP.” Rhea’s works are out-and-out entertainers defying the convention of Hindi films on women being grim and/or weepy, but in one respect they exemplify Bollywood’s oldest surviving trend: the prevalence of Punjab, Punjabi and Punjabis — Punjabi characters, Punjabi actors, the state as a setting for stories, its language and music — in Hindi cinema.

The seeds of this trend were planted nearly a century back, possibly at that moment in 1928 when Prithviraj Kapoor entered Mumbai, where the Hindi film industry a.k.a. Bollywood is based. As recorded in journalist Madhu Jain’s book, The Kapoors, the strapping youngster born in Lyallpur district (now Faisalabad in Pakistan’s Punjab province) came to the city to become an actor, and was an extra for some days in a silent film before the heroine spotted him and had him cast as her next film’s hero.

Prithviraj’s glorious career laid the foundation for a film clan that has dominated Hindi cinema till the present day. His son Shashi made his acting debut as an adult in 1961 with Dharmputra, directed by Yash Chopra and produced by Yash’s elder brother B.R. Chopra — the Chopra parivaar remains a major Punjabi force in Bollywood till date. Thirty-four years after Dharmputra, Yash’s producer-director son Aditya Chopra brought the mustard fields of Punjab to a whole new generation of Hindi film-goers in his 1995 blockbuster Dilwale Dulhania Le Jayenge. Today’s leading flag-bearer of Punjabi-ness in Hindi cinema is Yash’s nephew, producer-director Karan Johar.

These influential families may have triggered the omnipresence of Punjab/i/s in Hindi cinema by making and starring in films about the community they know best, but the positivity in the Punjabi psyche that Rhea described, coupled with the culture’s lively aspects — bhangra, giddha, vibrant costumes, up-tempo music — have also charmed viewers, which is why they sell. These factors have been complemented by Hindi and Punjabi’s proximity to each other, as trade analyst Komal Nahta says. Unlike Marathi, the language of Maharashtra where the industry is based, Nahta points out that the most basic words of everyday use in Punjabi sound similar to Hindi, “and Punjabis have an animated style of speaking, so their actions help non-Punjabis understand the language”. It helps too that Punjabis themselves form a significant overseas market for Bollywood.

The success of Hindi films featuring Punjab/i/s resulting from these factors has led to more such films, which has meant further public familiarity with the culture, prompting producers to back more scripts revolving around it, and so the self-perpetuating cycle continues. This is like global familiarity with English due to Britain’s colonial history being a reason why audiences worldwide, including non-English speakers, voraciously consume Hollywood films about white Americans because — here comes the cycle — Hollywood has familiarised the world with white American culture.

The other side of the story {(This one can be a box, with Vicky Donor pic )}

The upside of the Bollywood trend is goodwill for Punjabis among viewers, even outside the Hindi belt. The downside includes stereotyping of Punjabis in films and formulaic usage. For one, since the Punjabi pop wave of the 1990s, even quality filmmakers bowing to commercial demands have been slipping Punjabi songs into scripts about non-Punjabis in the guise of a nightclub visit, a concert and so on, but unimaginative directors often ram Punjabi numbers into films without bothering with narrative smoothness.

The most unfortunate fallout of the Punjab/i/s phenomenon though is the marginalisation of the community’s tragedies and uncomfortable socio-political realities in Hindi films. Partition, the Khalistan movement, Operation Blue Star, the 1984 riots, post-Taliban refugees from Afghanistan, patriarchy, casteism and the state’s drug menace have been largely ignored. Gulzar’s Maachis (1996), Abhishek Chaubey’s Udta Punjab (2016) and Nandita Das’ Manto (2018) are among exceptions. The norm is to emphasise celebratory aspects of Punjabi culture, too often through the sort of rumbustiousness that pervaded 2019’s Good Newzz, in which a loud Punjabi couple (Diljit Dosanjh and Kiara Advani) clashed with another Punjabi couple (Kareena Kapoor Khan and Akshay Kumar).

When Lucknow-born writer Juhi Chaturvedi set her first Hindi feature, Vicky Donor (2014), in a Punjabi-dominated locality in Delhi, she wanted to rise above traditional superficiality. Chaturvedi had spent several years as an ad professional in Delhi where she lived surrounded by Punjabis in Lajpat Nagar. Apart from dipping into those memories for Vicky Donor, she researched the origins of the people there, which led her to the lingering after-effects of the Partition on Delhi’s colonies of refugees.

“We say Punjabis are flashy and show offy, but it comes from a deep-rooted sadness,” she says. “When you lose everything but the clothes you’re wearing and start all over again, then when you start doing well you say, “Look, we’re fine, let’s sing a song, let’s tell everyone we have enough now.’ It may have started as a statement about their well-being.” Chaturvedi’s empathy accounts for Vicky Donor’s delightfully atypical treatment of Bollywood’s Punjabi stereotypes.

Writer-director Shakun Batra has for some years been reflecting on why he has written mostly Punjabi characters so far. As a Punjabi himself, his most obvious explanation is: “When creating a character, my first go-to person is me and the environment I grew up in.” What he says next — “I end up keeping it as Kapoors or whatever because it’s more generic” — explains why many non-Punjabis too gravitate towards writing Punjabis even in scripts where there are no overt nods to the characters’ ethnic background. “If you’ve grown up watching movies with Punjabi characters, it becomes one of those clichés nobody breaks, it just feels right,” he adds, which explains why this specific culture might seem “generic” to Hindi film writers.

Batra has been introspecting since he was asked why Kapoor & Sons (2016) had no south Indian characters although it was set in Coonoor. “It’s like for the longest time Hollywood had white actors, till they consciously decided to diversify,” he says. “It happens with awareness.” For the record, both Batra’s films are lovely and did not stereotype Punjabis as Bollywood usually does. In fact, the hero of 2012’s Ek Main Aur Ekk Tu, Rahul Kapoor (Imran Khan), was the anti-thesis of the clichéd screen Punjabi: not boisterous, doing bhangra and yelling “balle balle” at the drop of a hat, but a sedate foil to his feisty Goan heroine, Riana Braganza (Kareena). However, Batra’s questions to himself do point towards Bollywood’s general insularity.

Beloved though this industry is, the truth is that for its filmmakers, the generic person, the ‘normal’ person is a Hindu, upper-caste, north Indian, mostly Hindi/Punjabi-speaking heterosexual male. Even portrayals of Sikhs, who form nearly 58 per cent of Punjab’s population, are largely confined to two categories: comical or patriotic — a regular Sikh character who is not amusing or not uprooting handpumps to fend off the Pakistan Army is hard to come by. Whether stereotyping is positive or negative, it is still a form of othering that should give us pause. And of course, Hindi filmmakers have avoided the large populations of non-Punjabi, non-north-Indian migrants to the Hindi belt and Maharashtra (where the industry is headquartered).

If Punjab/i/s continue to get space in Hindi cinema, it is because the state, the people, the language and culture are viewed as saleable formulae in this play-it-safe, formulaic industry. Though this phenomenon has given decades of joy to Hindi film viewers, it is incumbent on Bollywood audiences and analysts to compel the industry to expand its worldview, not just to give us an accurate picture of Indian multiculturalism but to also more comprehensively convey the heterogeneity of the Punjabi community.

As a new generation of directors and writers re-examine conventions, perhaps all this and more will happen. Chaturvedi for her part is returning to her roots. Her new film, Gulabo Sitabo, is set in her hometown Lucknow. It stars Amitabh Bachchan and Ayushmann Khurrana, is directed by her long-time collaborator Shoojit Sircar, and is releasing on Amazon Prime Video on June 12. While she dreams of making films about different peoples, fans of Bollywood’s fascination for Punjab/i/s need not worry — this long-running trend is not going away anytime soon. After all, as Chaturvedi explains, “Somewhere the core philosophy of Punjabis, the tendency to work hard, do well, make merry, has found a good match with Hindi films.”