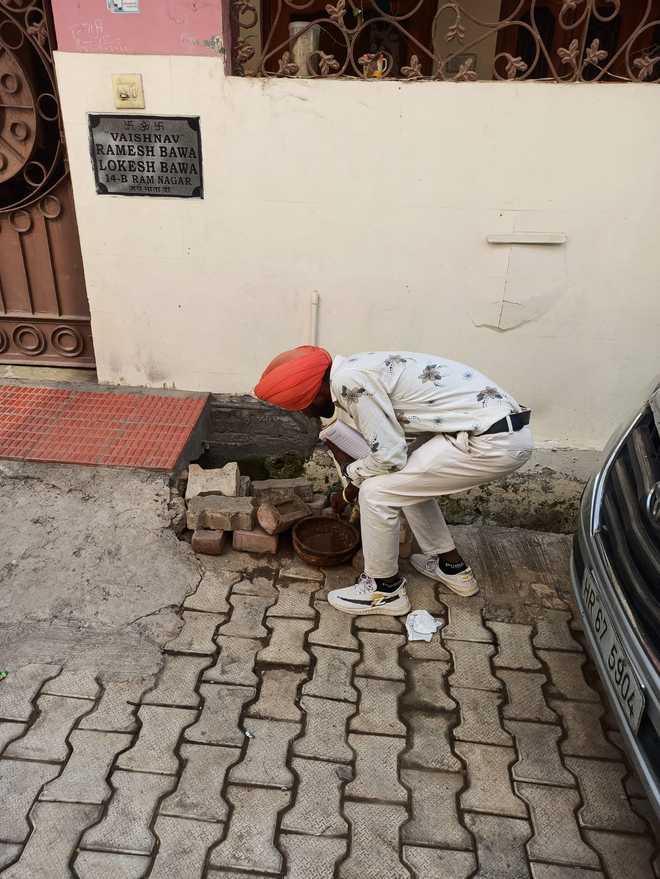 A health official checks for dengue larvae in Ambala on Monday.

Breaking the records of the past six years, the district has reported 645 dengue cases in this season so far.

A downtrend is being seen in fresh cases over the past few days. Ten days ago, the positivity rate was between 30% and 40%, which has dropped to 8% to 15% now. Nearly 50 patients are under treatment and no death has been reported. — Dr Kuldeep Singh, Civil Surgeon

While locals blamed the poor fogging and insanitary conditions for the case spike, the Health Department cited waterlogging in small pockets due to untimely rains. The department has also served notices on over 10,000 persons in the district since July after larvae were found at their homes during inspection.

Civil Surgeon Dr Kuldeep Singh said: “Our teams are scanning various localities for mosquito larvae. During checking, our teams have found larvae in coolers, back tray of refrigerators, flowerpots and other objects in houses. The infected people are being provided mosquito repellents and treated bed nets to prevent the spread of infection, besides medicines. Contact tracing is also being done. As the temperature will fall further, the breeding of mosquitoes and fresh dengue cases will also decrease.”

Meanwhile, City MLA Aseem Goel launched a ‘Dengue-free Ambala’ campaign from Rattangarh village on Monday. In the first phase, the campaign will be run in Rattangarh, Nanyola, Balana, Baknaur, Jansui, Balapur, Chaurmastpur, Bhano Kheri, Jalbera, Kanwala, Ravidas Majri, Nahan House, Manmohan Nagar areas of Ambala City by Mera Asman, an NGO, and a private firm. The MLA said: “The areas where a majority of the cases have been reported were included under the campaign in the first phase.”