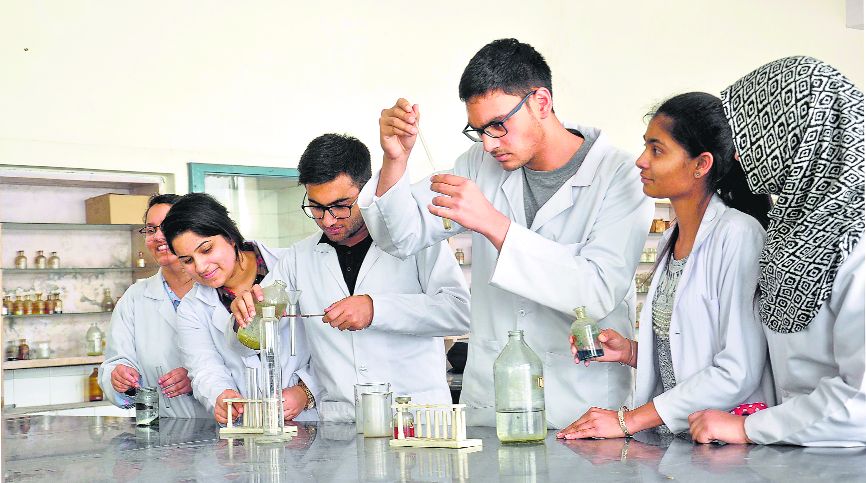 Students from districts across the state are getting enrolled in Class XI at private schools in Delhi with the intention to avail the benefit of 85 per cent state reservation quota for MBBS course in government medical colleges there.

Increase in trend this year

Students secure admissions in schools which they don’t have to attend daily, giving them a chance to take private coaching for NEET. — Anil Kaushik, President, Progressive Pvt Schools’ Assn

The issue was discussed at a meeting of private schools and it was resolved to bring the practice into the knowledge of the authorities concerned. — Anshul Pathania, Secy, Rohtak CBSE School Assn

Candidates, who have passed Class XI and XII from any school in Delhi, are entitled to get admission to MBBS courses in medical colleges there under the state quota on the basis of the NEET ranking. They are eligible to avail the opportunity in Haryana as well on the basis of domicile certificate.

The sources said by passing out Class XI and XII from Delhi, the students get a chance to secure admissions to MBBS courses in both Delhi and Haryana.

The Rohtak CBSE School Association claims that after passing out matriculation exam, around 1,000 students of government and private schools have shifted to Delhi from Rohtak and Jhajjar districts in this session for availing the quota.

Meanwhile, the Progressive Private Schools’ Association (PPSA), Haryana, has written to the Union Education Minister to curb this practice.

“After Class X, the trend of students shifting to Delhi from Rohtak, Jhajjar, Sonepat, Bhiwani, Jind, Hisar, Gurugram, Faridabad, Rewari and Mahendragarh districts has been witnessed this year. A majority of the students secure admissions to schools in Delhi which they don’t have to attend daily. This gives them the chance to take private coaching for NEET in other places,” said Anil Kaushik, president, PPSA.

Kaushik added that besides sending emails to the Union Government, CBSE, Delhi Education Minister and Haryana Government, the association had raised the issue on Twitter and other social media platforms as well by tagging the authorities concerned, but no one took any action. “The Union Ministry of Education, however, has asked the CBSE to look into the matter,” he said.

Anshul Pathania, secretary, Rohtak CBSE School Association, while terming the trend as a ‘serious threat’ to the education system, said the trend promoted illegal practice of ‘non-attending’ students and adversely affected the interest of local residents of Delhi. “The issue was discussed at a meeting of private schools held in Rohtak and it was resolved to bring the practice into the knowledge of the authorities concerned in order to check this unethical trend,” Pathania added.

Dr Ashok Chauhan, Dean (Academic Affairs), Pt BD Sharma University of Health Sciences, Rohtak, confirmed that those Haryana residents, who had passed Class XI and XII from Delhi, were entitled to avail the benefit of state quota in getting admissions to MBBS courses at government medical colleges there through NEET, adding: “Since they are domiciles of Haryana, they can avail the same chance in Haryana as well.”