Regular classes at Manav Bharti University to resume from April 11 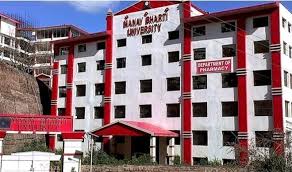 Classroom teaching will resume at Manav Bharti University (MBU) from April 11, nearly two years after it was closed following the unearthing of the fake degree scam. - File photo

Classroom teaching will resume at Manav Bharti University (MBU) from April 11, nearly two years after it was closed following the unearthing of the fake degree scam. The university’s Registrar has issued orders to start offline classes for the present semester from April 11. The order also stated that there would be no online classes henceforth and only those who attend offline classes would be permitted to sit for examinations.

Since 75 per cent attendance is mandatory in any course, as per the UGC norms, no more online classes are permissible. The university had failed to begin classroom teaching though the state government had discontinued online classes in educational institutes months ago. A shortage of faculty and the paucity of funds have acted as a deterrent to starting normal classroom teaching.

The university administration had also requested the HP Private Educational Institutes Regulatory Commission to permit them to continue with online teaching but their request was declined. As the university lacks adequate funds to run hostels, the students have been directed to make their own lodging and boarding arrangements.

The resumption of classroom teaching would also help the administration assess the effective strength of the students in each course, as it had been observed that at times, students were seen attending online classes while sitting in shops, officials said. The university’s bank accounts were frozen after the fake degree scam surfaced in March 2020. Funds collected through fees were barely adequate to run the university and hence due to the shortage of funds, the services of a good number of faculty members were either terminated or they left on their own.

The university has terminated the services of around 25 to 30 staff members since it resumed its operations in October 2020. Abound 25 faculty members are catering to over 300 students pursuing professional courses such as B. Pharmacy, law, BBA, BCA and B.Com. Nearly 30 faculty members had resigned in December 2020. No new admissions have been made for the past two years.

The parents of students asserted that the students should be migrated to other universities as education would suffer in the absence of adequate faculty and facilities. —