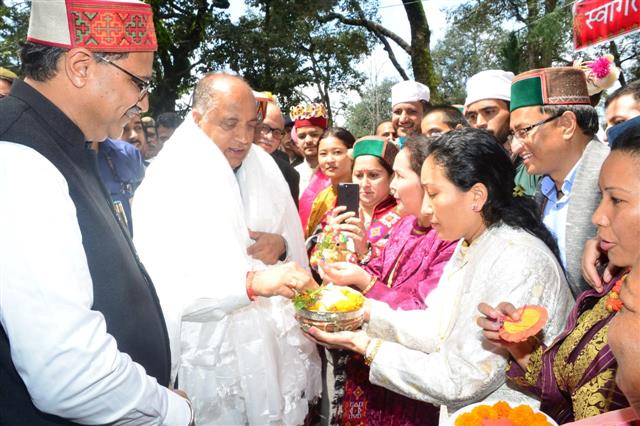 Brave heroes, who belonged to tribal areas, have contributed significantly to the freedom struggle, said Chief Minister Jai Ram Thakur while presiding over a programme on the theme “Contribution of Tribal Heroes to the Freedom Struggle” here today.

He said that freedom fighter Tilka Majhi organised the Paharia tribe against the atrocities of British East India Company and attacked the Company Fund, for which he was sentenced to death. Another freedom fighter Bhagwan Birsa Munda took part in the struggle to end the British rule.

Thakur said, “Many tribal heroes such as Thalakal Chanthu, Nilambar, Radho ji Bhangre took part in the freedom struggle for which they were tortured. Many freedom fighters were sent to jail and some were hanged. Several of them like Munshi Saje Ram, Thakur Devi Singh, Thakur Shiv Chand from Lahaul and Spiti and Jangi Ram and Bhag Saran from Kinnaur played an important role in the movement.” He announced Rs 2 crore for the alumni building at the HPU.