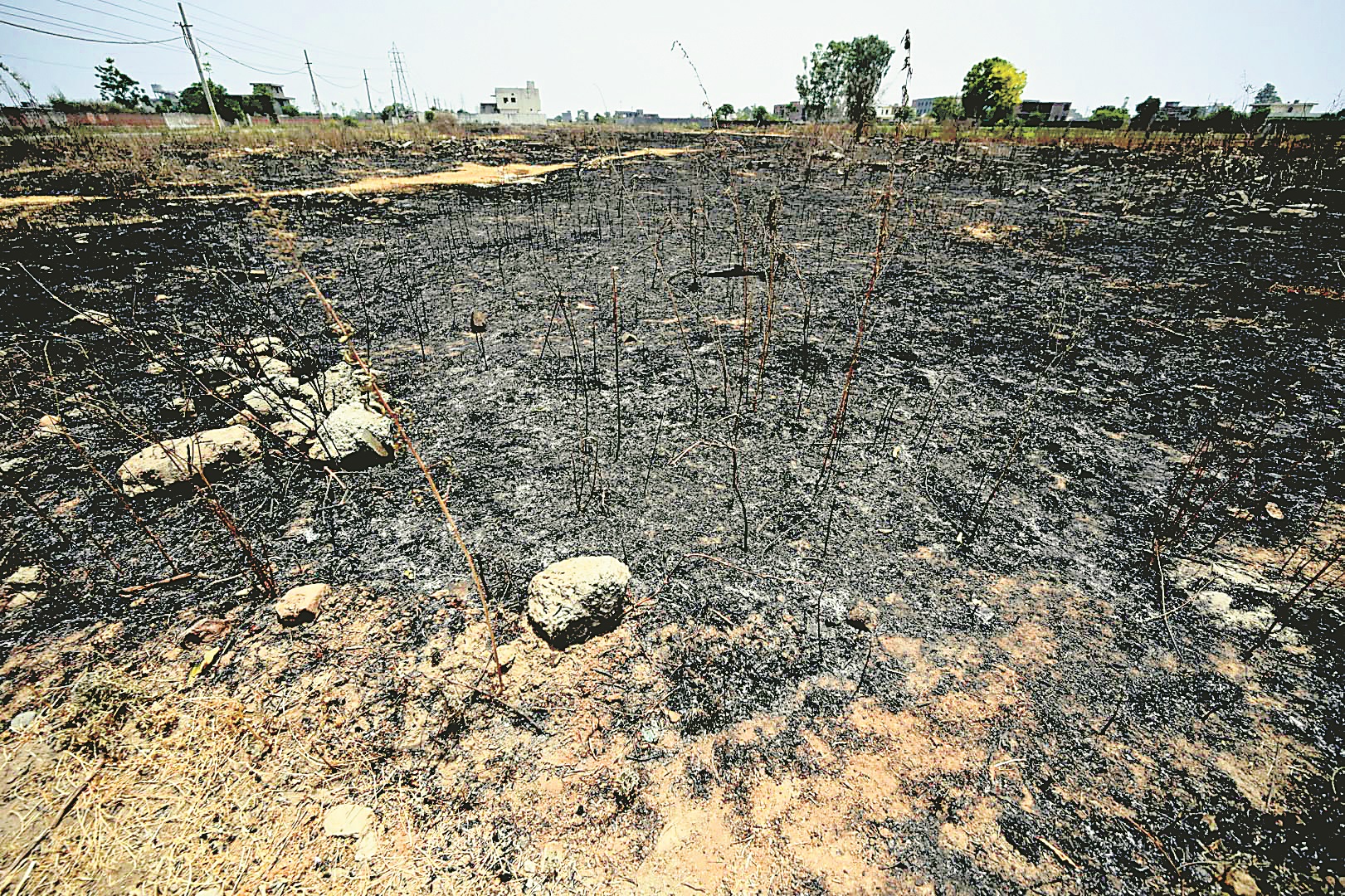 A field after stubble burning near Pakhowal Road. Himanshu Mahajan

Even as stubble burning cases have registered a decline during the current wheat harvesting, popularly known as rabi season, which is drawing to a close, Ludhiana remains the second most polluted city in Punjab as on Thursday, the official data has confirmed.

From 427 farm fire incidents recorded in district during the preceding week (May 5 to 12), the crop residue burning cases have come down considerably to 124 during the past seven days (May 13 to 19), the data compiled by the Punjab Remote Sensing Centre (PRSC) in Ludhiana has revealed.

However, the air quality index (AQI) in the state’s industrial and business capital continued to remain unhealthy between 163 on Monday and 156 on Thursday, which was the second most worst air quality in the state. With PM2.5 concentration in Ludhiana, air currently is pegged at 13.1 times above the World Health Organisation (WHO) annual air quality guideline value. Another industrial town Mandi Gobindgarh remained the most polluted in the state on Thursday with the poorest AQI 174.

On the stubble burning front, Ludhiana district recorded 124 farm fires in the past week, with the daily count remaining second highest on four days and highest on one day.

With this, the total farm fires in Ludhiana district have gone up to 940, which is sixth highest in the state.

While Ferozepur remained the worst-hit district with the maximum count of 1,422 stubble burning cases till Thursday, followed by Amritsar second with 1,233 farm fires, Gurdaspur third with 1,119 crop residue burning events, Moga fourth with 1,096 such cases, and Tarn Taran ranked fifth with 1,062 fire events recorded till date.

“The continuous unhealthy level of air quality in Ludhiana is causing major health hazard. The cases of respiratory problems and breathlessness, especially among those suffering from asthma and cardiac complications, besides children and senior citizens, are on the rise,” said an expert Dr SK Agrawal.

The cases of stubble burning have registered a significant decline in the past week, which is a positive sign. Farmers are being sensitised to ill-effects of crop residue burning on fields and human health. Habitual offenders are being proceeded against as per law. — Surabhi Malik, Deputy Commissioner, Ludhiana