CO leads from the front, every time 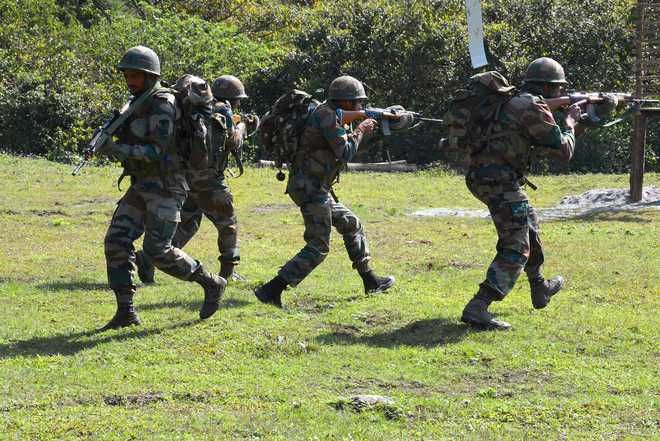 Colloquially, various entities in an Army unit derive their nicknames from the animal planet. The adjutant, who is the prime functionary responsible for running the unit, is called the ‘lion’. The quartermaster, the annadata, is the ‘panther’. The second-in-command, with his envious charter, is the ‘lamb’, and so on. The Commanding Officer (CO), who earns his stripes in the true sense, however, remains the enigmatic ‘tiger’.

On January 3, 1981, fresh from the training academy, I reported to my unit, then out on a tactical war exercise in the desert of Rajasthan. The moment our jeep entered the camouflaged camp, the sign-postings gave me a feeling of having entered a jungle abode. Arrowed signs spelt every prominent beast until I came across one indicating a tiger’s den, a dugout with an imposing camouflage net. Shy of embarking on a questioning spree immediately, I nonetheless asked the senior subaltern who this tiger was supposed to be. ‘Mister’ (a newly commissioned Second Lieutenant is addressed so), the CO is the tiger.’

During the battle run, where tanks fire live shells while on the move, the CO on his tank was the first to lead the fray, setting an example of fearlessness among the entire regiment. One of the tanks reported a live 105-mm shell stuck in the barrel of the main gun, a dangerous situation requiring precise and cool handling. There was a looming risk of the shell bursting in the barrel with the crew getting roasted in the 40-tonne cast iron. The CO took charge and personally ensured the defusing and unloading of the errant shell, displaying high standards of professionalism. A tiger, indeed!

It is the dream of every officer to don the mantle of a CO. Having experienced the exhilaration of being one, I am reminded of an incident that pushed me towards my goal amidst a highly competitive structure in the Army. We were in a major war exercise and were to link up with troops of another unit. ‘Balkar (his name tab read), what is the name of your CO?’ I, a Captain then, tasked to identify and guide the unit, asked the jawan from the incoming unit. The response was instantaneous, ‘CO saab.’ ‘What is his location?’ I insisted. He proudly thumped his chest, pointing to his heart, ‘CO saab yahan hain shriman.’ Such is the pedestal that a CO occupies among the rank and file of the thousand odd officers and men he commands.

The recent cases of the martyrdom by COs, an anti-terrorist operation at Handwara in north Kashmir, and the deadly brawl in the Galwan valley in Ladakh, has brought the office of the CO into sharp public focus. Yet again, as hitherto, through the ages, it gets demonstrated to our countrymen that he forms the backbone of the Indian Army — an apostle of raw courage and sacrifice.

Online sale surges to put shopping on the back foot