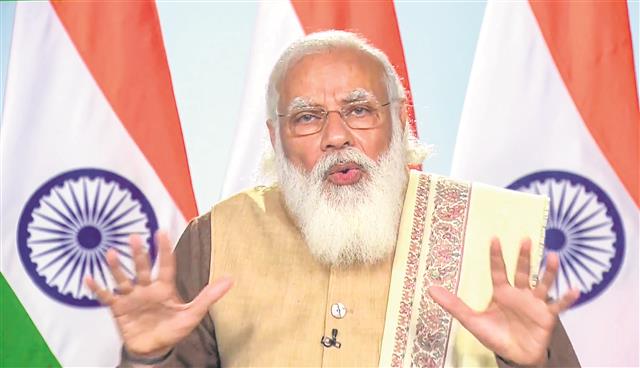 Indian entities will no longer need government permission to collect, use, publish or share geospatial data, including maps.

The government decision will provide a huge impetus to Digital India. It is a massive step in our vision for Aatmanirbhar Bharat. — Narendra Modi, PM

The government today deregulated the sector, ending its own 250-year-old colonial era monopoly in the area with Prime Minister Narendra Modi describing the move as a massive push to the national goal of self-reliance.

The Guidelines for Acquiring and Producing Geospatial Data and Geospatial Data Services, including maps, acknowledge that maps and other accurate geospatial data are crucial for national infrastructure projects like linkages of rivers, creation of industrial corridors and deploying smart power systems. “From creation of maps to their dissemination, Indian firms were hitherto required to seek licences and follow cumbersome procedures of permissions,” Science Minister Harsh Vardhan said.

The government said emerging vibrant technologies like e-commerce, autonomous drones, delivery and urban transport require a massive leap in mapping with greater depths, resolution and precision for which deregulation was necessary.

The guidelines place some restrictions on the marking of sensitive attributes (such as strategic locations) on maps, but there is no restriction on surveying or mapping any area as long as it is physically accessible. High-spatial accuracy geospatial data finer than 1 metre horizontally and 3 metres vertically can, however, only be acquired and owned by Indian entities and stored in India.

“Data of accuracy coarser than that is globally available through satellites and has hence not been regulated. Also finer data such as data needed to predict disasters can be licensed for foreign entities also but these entities cannot own that data,” the guidelines say.