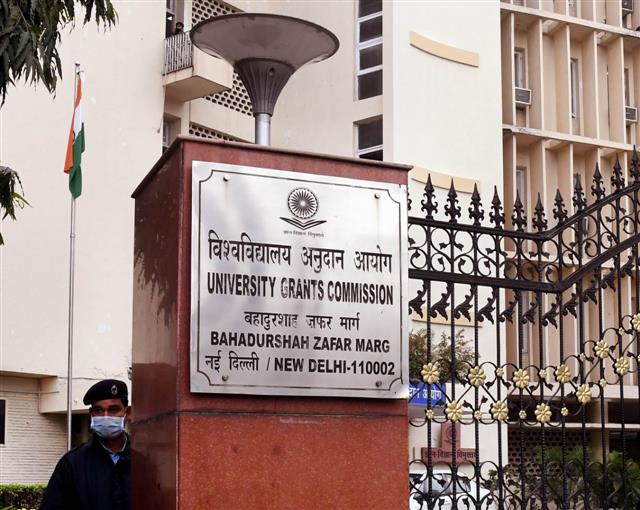 The UGC (Minimum Qualifications for Appointment and Career Advancement of Teachers in Universities and Institutions Affiliated to It) Regulations, 2016, which exempted PhD holders from National Eligibility Test (NET), would operate retrospectively, the Supreme Court has ruled.

“When an enactment or an amendment is declaratory, curative or clarificatory, impelled by a felt need to make clear what was always intended, such amendment is usually meant to operate from an antecedent date, or to cover antecedent events,” a Bench of Justice UU Lalit, Justice S Ravindra Bhat and Justice Sudhanshu Dhulia said in its August 17 verdict.

Writing the judgment for the Bench, Justice Bhat sought to emphasise that the University Grants Commission (UGC), which regulates higher education in India, has the power to give retrospective effect to the UGCR 2016 under Section 26(3) of the UGC Act.

The top court took note of the fact that the UGC Rules were subsequently amended in 2016 and 2018 to clarify that both pre- and post-2009 PhD holders would be exempted from qualifying NET.

Allowing the appeals filed by the University of Kerala and one Dr MS Jayakumar, the top court set aside a Kerala High Court verdict that had quashed his appointment as a Lecturer in Sociology. It said if the UGC Rules 2018 were interpreted to be prospective in nature then pre-2009 PhD holder’s appointment would be rendered illegal and after teaching for several years they would now be forced to take the NET in order to continue as a Lecturer, which was ‘clearly unwarranted’.

The University of Kerala had notified vacancies for some academic posts in June 2011. One of the mandatory conditions was that the candidate must have qualified NET. However, the advertisement categorically exempted candidates having PhD in the subject concerned from qualifying NET.

Dr Jayakumar – who was not NET qualified – got selected and  appointed. The candidate who came second challenged his appointment before the Kerala High Court on the ground that he had not obtained his PhD prior to coming into force of the PhD Regulations, 2009. The High Court set aside his appointment, forcing the Kerala University and Dr Jayakumar to move the top court.

The Kerala University and Jayakumar – the appellants—contended that UGCR 2009 was adopted by the University in 2013 and when the petitioner was appointed in 2012, he was fully qualified as Lecturer. The PhD Regulations 2009 and UGCR 2009 were prospective in nature, they submitted.

Terming NET as an essential criteria under the relevant Rules, the respondent contended that Jayakumar could not have been exempted from the requirement as the 2009 UGC Rules exempted only those having obtained PhD in terms of the PhD Regulations 2009 and that he would not be eligible for the benefit as he was awarded his PhD before the PhD Regulations 2009 came into force.