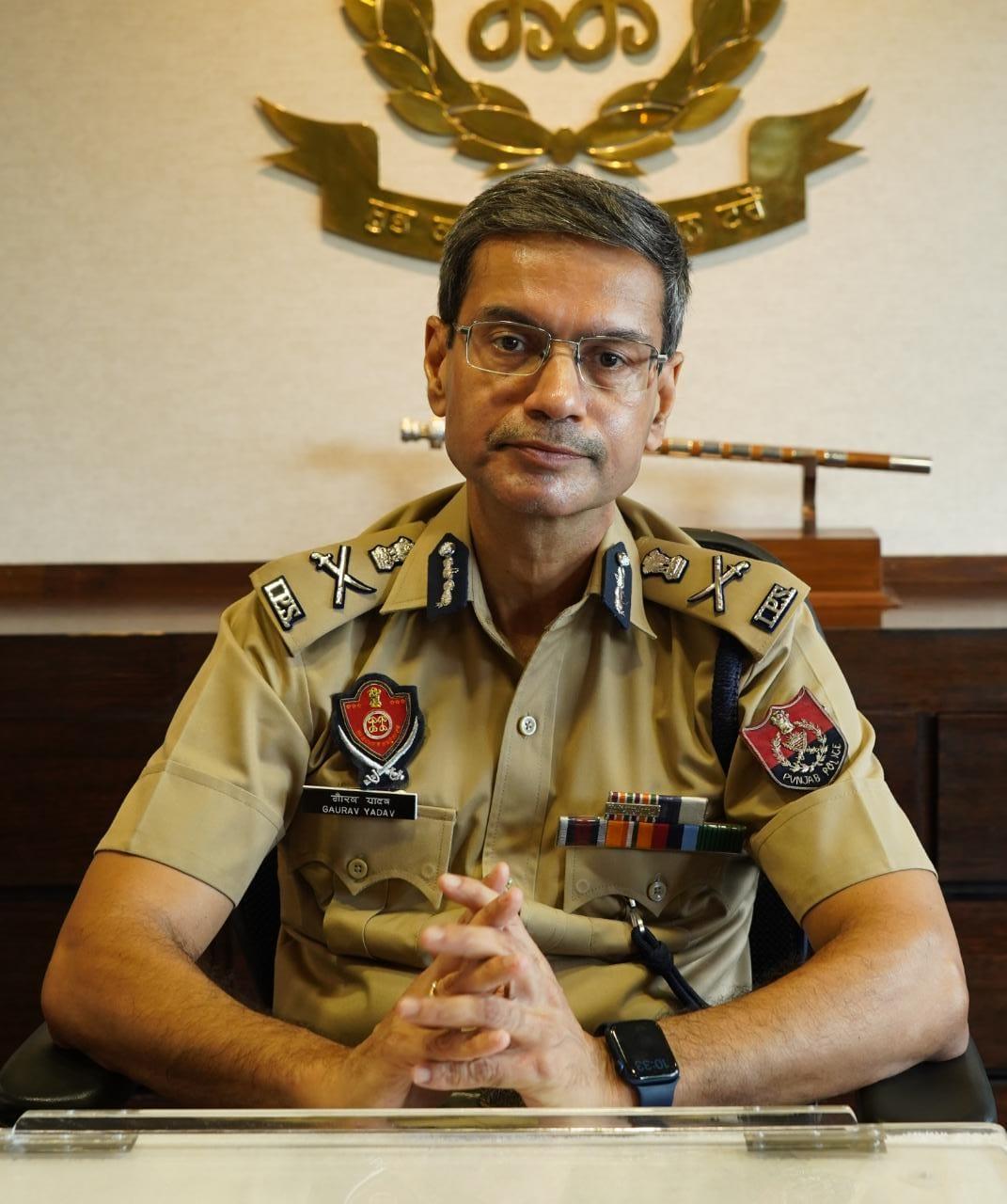 Punjab’s officiating Director General of Police (DGP) Gaurav Yadav says that the drug mafia and gangsters will be forced to flee Punjab, and that the police have a clear mandate, which is to clear the mess. The DGP spoke to Sanjeev S Bariana. Excerpts…

The objective is to put forward the real picture of Punjab gangs. We are now getting all links on board so that we have the correct information before launching a plan of action.

What is the biggest challenge before you in Punjab?

It is to change the public perception that everything is wrong in Punjab. Those with vested interests would like everyone to believe that the law and order situation is in tatters. I admit that certain problems do, but things are not as bad as they are portrayed. For example, Lawrence Bishnoi and Bambiha gangs are said to have extorted money from several persons. This is not so. We have research-based findings that show that at least 90 per cent extortion calls made were by local goons to make easy money.

How will you clear the mess?

I met Lawrence Bishnoi immediately after joining office. The objective is to put forth the real picture about Punjab gangs. We are now getting all links on board so that we have the correct information before launching a plan of action. We cannot ignore the existing social realities, particularly unemployment. I will concede that even the police have failed to perform their role. Most of the problems are unnecessarily being linked to gangs. We will bust the myth.

The AGTF was formed after top-level deliberations on the police system. It was felt that the special task force with a specific agenda was the need of the changed times. The AGTP is an ambitious change in the right direction.

The names of jailed gangsters are linked to all major crime incidents. How can they operate from jail?

I will not deny that cellphones are used in jails. There are, however, other means by which the gangsters operate. A number of small-time crooks come in contact with hardened criminals in jails and become their conduits. In fact, jails double up as a catchment area for the hardened criminals to get their manpower.

Are you satisfied with the probe into the Sidhu Moosewala killing?

The police might have lacked at a certain stage. Having said that, we are progressing in the right direction with the help of the Delhi Police and others. The guilty will be brought to book.

The name of a senior officer has cropped up in a drug case. A DSP was caught for accepting bribe. Your take?

The Vigilance Department is pursuing the case for a free, fair and impartial probe. The police are not connected with the investigation.

What is the progress in the case related to the attack on Punjab Police’s Intel headquarters in Mohali?

The biggest concern is that the terrorist-gangster link has cropped up. We are keeping an eye.

Technology seems the way forward, particularly in curbing crime. What are the Punjab Police doing?

Cyber technology is the keyword in today’s world. Criminals have penetrated into the dark world of cyber technology, which is being used to target the common man. Our teams have visited UP, Andhra Pradesh and Telangana to study how their IT wings work. And the Punjab Police have shown commendable results.

There seems to be no end to the menace of drones carrying drugs from across the border. Any plan to curb this?

This is a matter of grave concern. We are working in close coordination with the Border Security Police (BSF).

You are the fourth officer to hold the charge in less than a year. Do you think frequent changes affect the police functioning?

I cannot comment on the issue. I can only say that I will give my best to the job assigned to me.