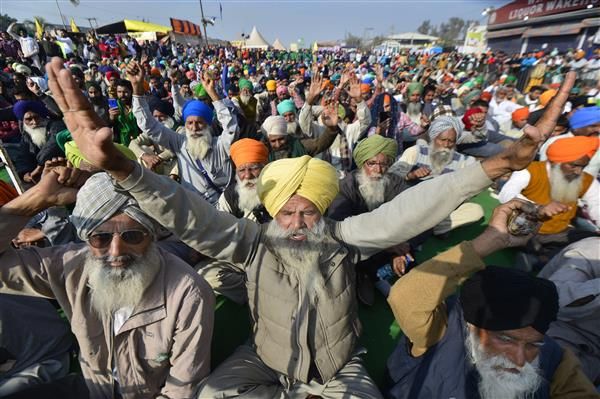 A meeting of the five organisations namely Bharti Kisan Union (Rajewal), All India Kisan Federation, Kisan Sangharsh Committee Punjab, Bharti Kisan Union-Mansa and Azad Kisan Sangharsh Committee was held at Kisan Bhawan under the aegis of Balbir Singh Rajewal in which participants discussed the preparation and mobilisation of farmers in the state for launching a morcha on the water crisis, environmental pollution and attack on federal structure of the state.

Rajewal said last month’s conferences organised by the unions were attended in large numbers, which clearly indicated that water and environment issues were going to acquire centre stage.

Rajewal said, “A state of rivers, Punjab is deprived of water and only 27 per cent land is irrigated by canals. Much water is flowing to Pakistan and other states due to wrong policies and decisions of the Central government. Parties have only politicised this issue for their vested interests instead of finding a permanent solution for water dispute based on riparian principle.”

“The Central government’s interference on the issue is illegal and unconstitutional because water is the state subject (Entry 17 of the state list). Leaders are of the view that Punjab has the first right on water. So, water must reach every field in the state,” Rajewal added.

It was decided at the meeting that on December 30, a permanent morcha would be launched at Chandigarh. Before that one lakh posters would be distributed to create awareness on the issues. For mobilising farmers, a joint march would be held in all districts from December 2 to 15.