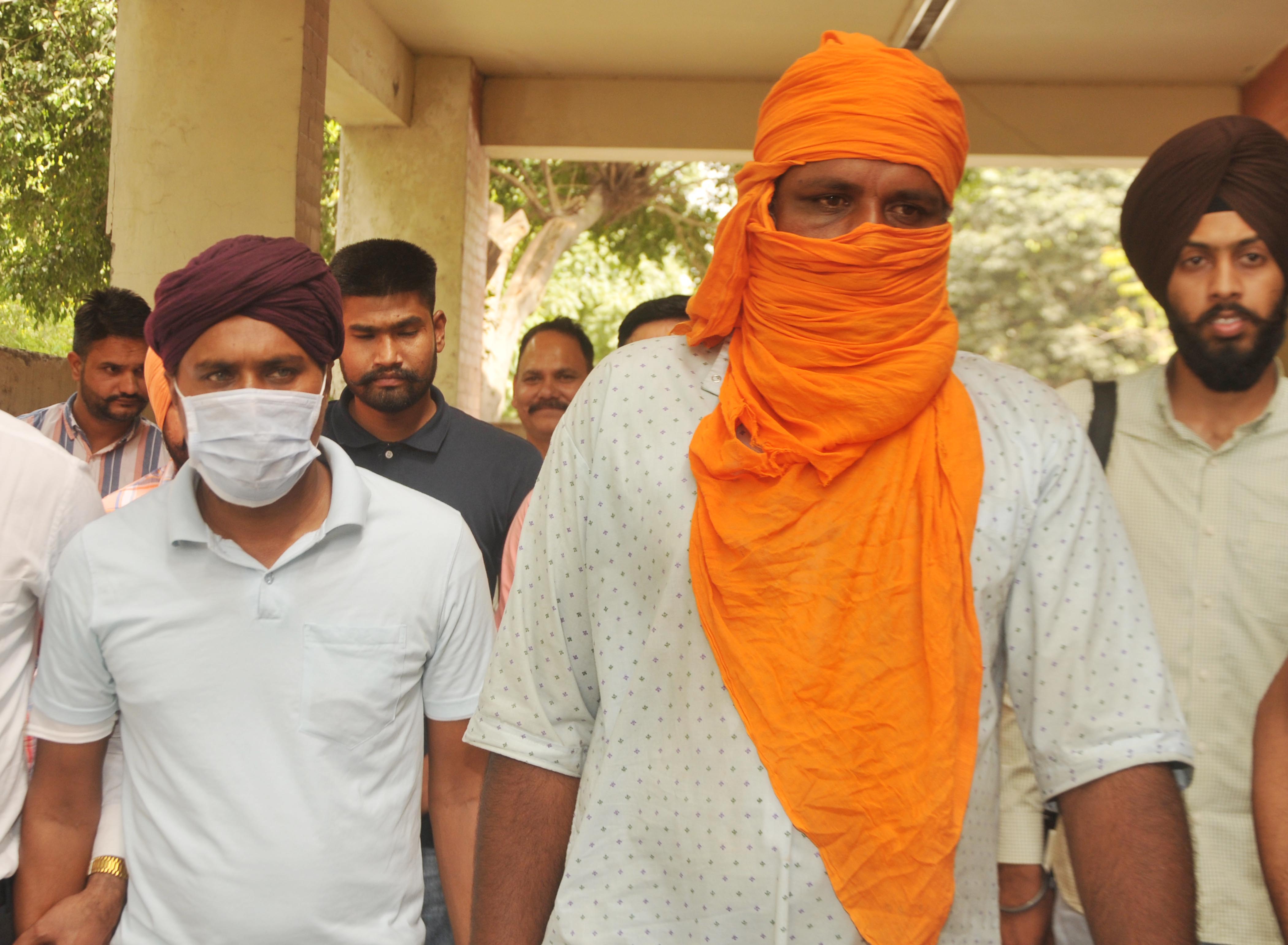 The accused in STF's custody in Amritsar on Friday. Vishal Kumar

Even as the National Investigation Agency (NIA) probes the December 23 Ludhiana court complex blast case, the Special Task Force of the Punjab Police has arrested five suspects, including a juvenile, in this regard.

The juvenile allegedly used to provide “technical support” by generating international numbers from the Internet for calling. These were used by traffickers for smuggling in improvised explosive devices (IEDs) from Pakistan.

IG Border Range Mohinish Chawla today said the IED used in the Ludhiana blast was smuggled from Pakistan through a drone.

It was retrieved by Dilbagh a few days before the incident and handed over to Surmukh, who gave it back to him for handing it over to Gagandeep, a dismissed cop who was killed in the blast while planting the IED in the court complex.

Chawla said the STF got specific inputs that Lakhbir Singh Lakha and an accomplice (who was later found to be a juvenile) were involved in cross-border drugs and arms trafficking. They were in touch with Pakistan-based smugglers through WhatsApp.

He said a case under Sections 21, 23 and 29 of the NDPS Act, and 4 and 5 of the Explosive Substances Act had been registered by the STF, Mohali. He said during the operation, the juvenile was arrested and he gave the names of the other accomplices.

During probe, Sawinder and Dilbagh revealed they got a packet containing 1 kg heroin, worth Rs 5 crore in the international market, on May 12. The consignment was smuggled by Lahore-based trafficker Haji Akram. The STF recovered the contraband from their possession. Dilbagh was also in possession of two Pakistan SIM cards. During further interrogation, Dilbagh conceded to his role in the Ludhiana blast case.

“The role of the juvenile was not found in cross-border smuggling, hence he was produced in the court and sent to the observation home in Ludhiana. We are requesting the court to discharge him, keeping in view his juvenile status,” said Chawla.