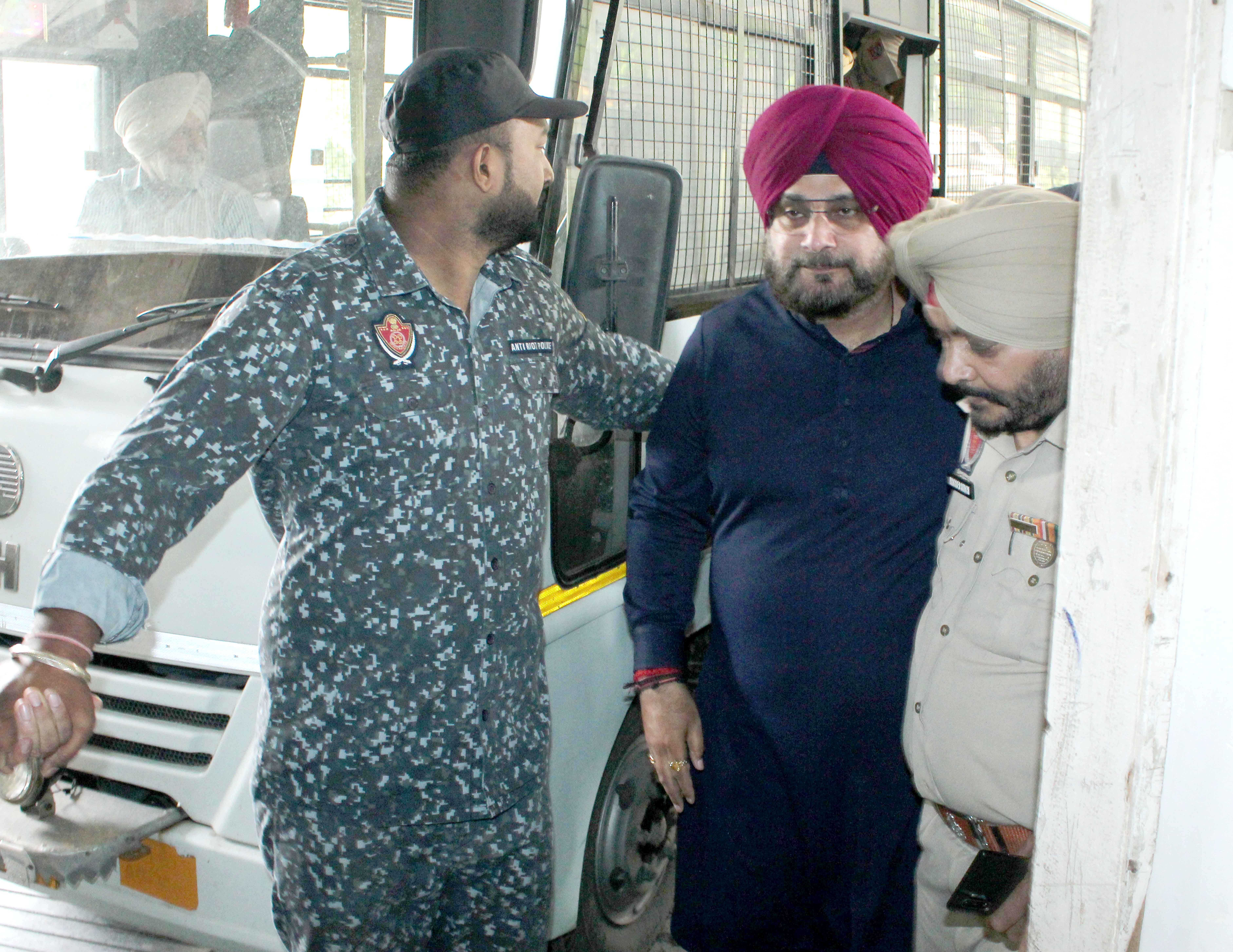 Navjot Sidhu at the Rajindra Hospital in Patiala on Monday. PTI

Former Pradesh Congress Committee (PCC) president Navjot Singh Sidhu, who is lodged in the Patiala central jail, has been recommended a ‘low-fat and high-fibre’ diet by the board of doctors.

Sidhu has been asked to reduce weight after high fatty liver was detected during a medical check-up at the Government Rajindra Hospital here today. Sidhu was brought to the hospital following the court orders on his request to the Chief Judicial Magistrate for a special diet in the jail. Sidhu has been lodged in the jail in a 34-year-old road rage case to serve his one-year rigorous imprisonment.

Ramanjeet Kaur, senior dietician of Government Rajindra Hospital, who was one of the board members, said, “The board has recommended a low-fat and high-fibre diet along with vegetable soup, cucumber, beetroot and juice for Sidhu. Besides, carbohydrates has been removed from his diet plan.” She further said they had suggested millet chapatti for lunch as an alternative to wheat.

Sidhu had said no to wheat chapatti in the jail. On Sidhu’s wheat allergy, doctors said it was his dietary preference ‘not to eat wheat’ to keep him fit and healthy. “There is no medical ground to his claim of being wheat allergic. However, it is always better to avoid wheat for weight reduction,” said a doctor of the hospital.

After the medical check-up, Sidhu was again sent to the Patiala jail amid tight security.