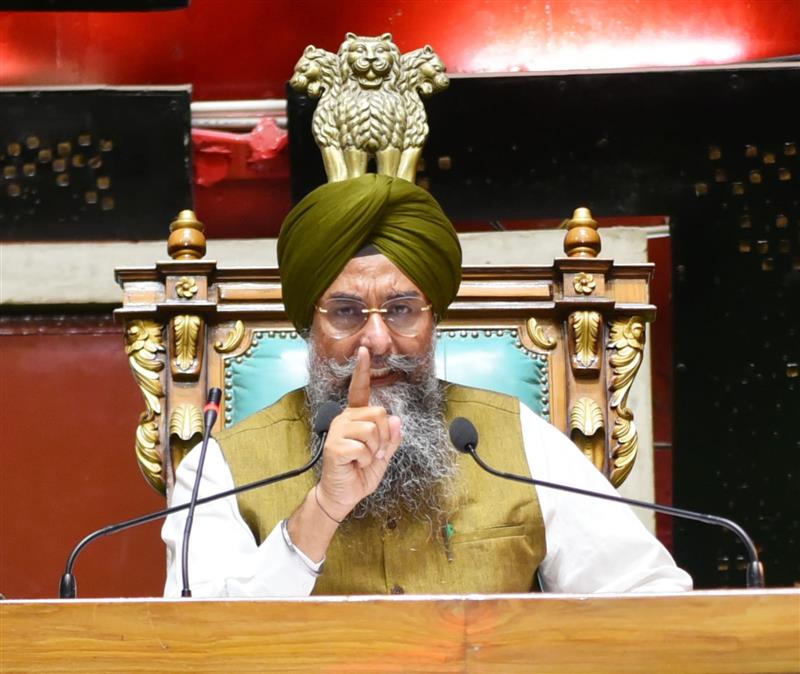 The Assembly witnessed noisy scenes as the Congress MLAs again sought the dismissal and arrest of Sarari over an audio clip in which he was purportedly discussing ways to “trap” some contractors to “extort” money from them.

Maintaining that an expenditure of about Rs 80 lakh was incurred on a day’s session, Sandhwan pulled the Congress legislators for wasting “precious time and public money” as they entered the well of the House and raised slogans against the AAP government. “About three crore Punjab people are watching the live proceedings…. The Congress MLAs have betrayed their mandate by wasting another day of the session. They must come prepared on Monday to face the music,” he said.

As soon as Chief Minister Bhagwant Mann arrived in the House, Congress MLAs, led by Leader of Opposition Partap Singh Bajwa, rose from their seats and demanded a statement from him on the alleged clip.

The Chief Minister said there was no difference between the BJP and the Congress as a “nakli” (fake) Congress (hinting at former CM Capt Amarinder Singh who recently joined the BJP) had already emerged as the “B-team of the saffron party”.

“The previous Congress Chief Minister ruled the state at the BJP’s behest and now the entire Congress is acting on directions of the saffron party,” he said.

Responding to the charges, Bajwa, in a press release, alleged that the session was a ploy by the Aam Aadmi Party to “cover up their constitutional fraud by proposing a general session and then holding a special session to pursue their agenda of moving a trust vote.”

He alleged that important issues proposed by the Opposition to the Speaker for being raised in the House had been overlooked.