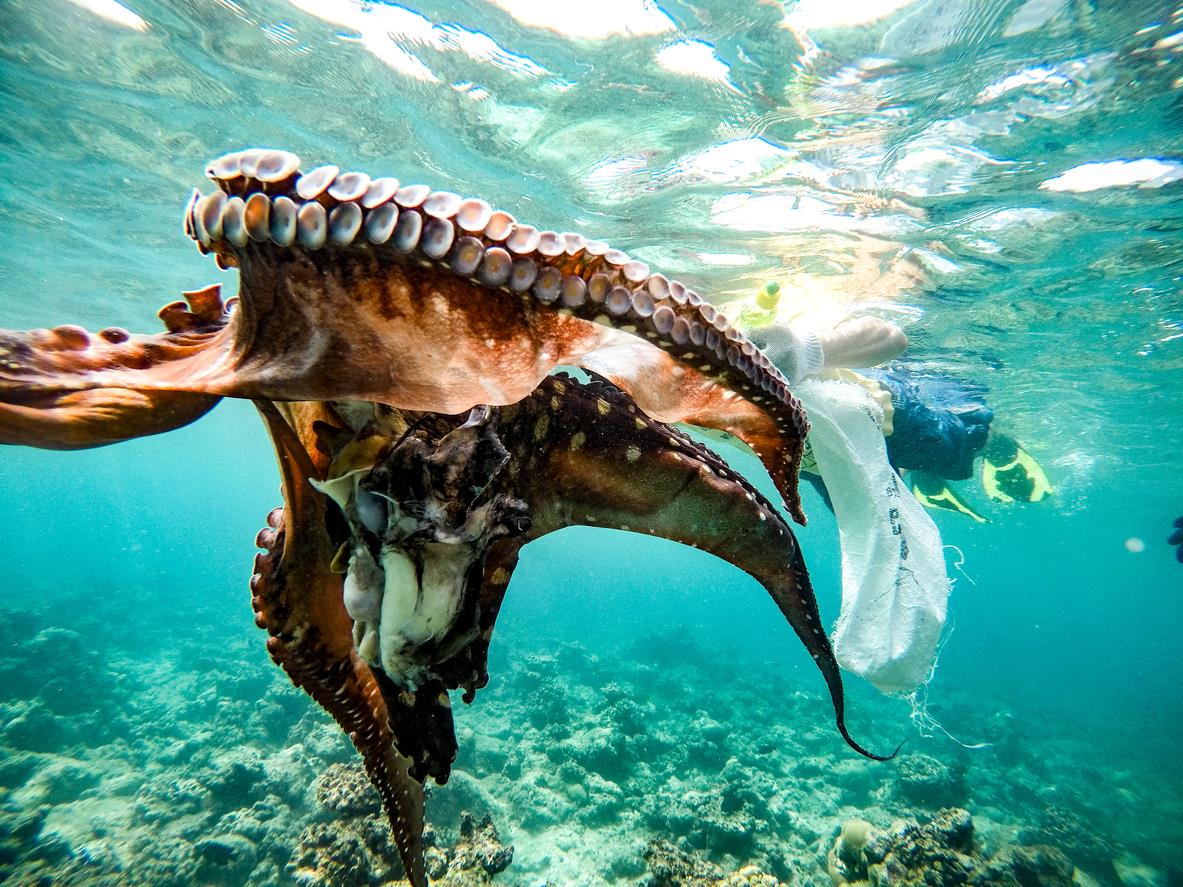 In a bid to resist male harassment and unwanted mating attempts, female octopuses were observed throwing debris, finds an interesting study led by a team from Australia, Canada and the US.

The study, published on the pre-print server bioRxiv and yet to be peer-reviewed, captured female octopuses on camera using their tentacles to gather debris, including shells, silt and algae, and launch it toward other octopuses with a jet of water, the CTV news reported.

“Some throws appear to be targeted on other individuals and play a social role, as suggested by several kinds of evidence,” said the researchers including Peter Godfrey-Smith, of the School of History and Philosophy of Science, at the University of Sydney.

“Some throws were directed differently from beneath the arms and such throws were significantly more likely to hit other octopuses,” they added.

This peculiar behaviour in octopuses has been observed by the team from off the eastern coast of Australia since 2015. While it is common for octopuses to perform similar throws when building and maintaining dens, the act of throwing is rarely seen by any creature in the wild, much less in a social context.

The study categorised 101 throws, of which 36 were deemed to be performed in a social context, while more than half were at least partially social.

Social throws were defined as those that occurred within two minutes of an interaction with another octopus. Interactions included fights, mating attempts, and approaches or reaches followed by an apparent reaction, the report said.

Further, the study showed that of the 24 octopuses observed throwing debris, 11 did so in a social context. Among octopuses that were hit by a throw, none fired back, nor did any hits initiate a fight.

In December 2016, one female threw debris 10 times at a nearby male who had repeatedly tried to mate with her, hitting him five times. These actions, combined with the male’s apparent efforts to dodge the thrown objects, may indicate intent, the report said. IANS