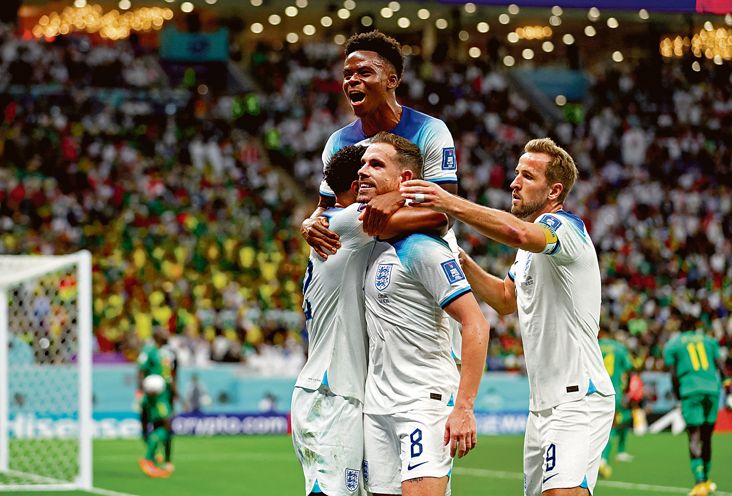 Clinical England overcame a pedestrian start to surge to a comfortable 3-0 victory over Senegal on Sunday as high-quality goals by Jordan Henderson, Harry Kane and Bukayo Saka swept them into a mouth-watering World Cup quarterfinal clash with France.

England took a long time to impose themselves on the African champions, a team they had never faced before, and survived a couple of scares before two goals late in the first half changed the feel of the night and it was a no contest after the break.

The impressive victory extended their all-time unbeaten run against African teams to 21 games, including eight in World Cups. Morocco, who face Spain tomorrow, are now the only African team left in the tournament.

“The ruthlessness of the performance was excellent,” said manager Gareth Southgate. “Every match you play is a different sort of challenge and different tactical problem to resolve. We’ve stepped up and are answering those questions. The quality of the moves was outstanding and the finishing was ruthless.”

It was always going to be a stiff challenge for Senegal in the absence of the suspended Idrissa Gueye and injured fellow midfielder Cheikhou Kouyate. With Sadio Mane missing the tournament through injury the Africans also lacked a cutting edge to trouble an England defence that kept a third successive World Cup clean sheet for the first time in 20 years.

They were very much in the game though for much of the first half as England were slow and static and a series of misplaced passes gifted Senegal chances.

The best of them fell to Boulaye Dia and only the strong left arm of keeper Jordan Pickford prevented the Africans taking the lead. 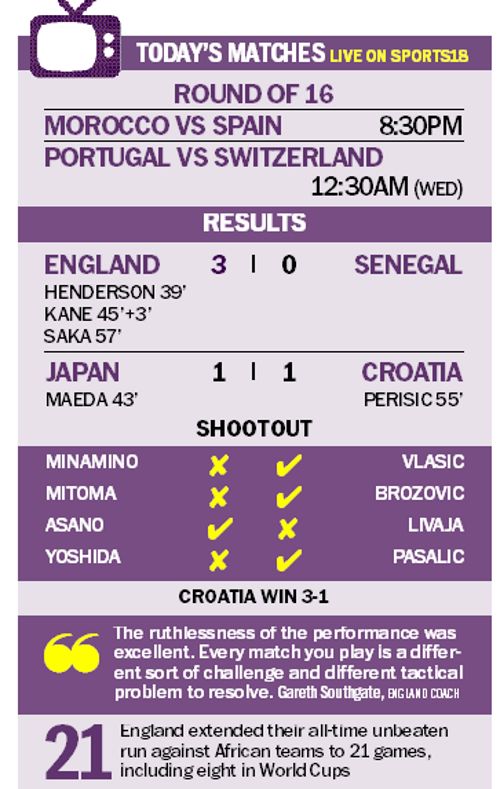 England finally injected some pace after 38 minutes, breaking down the left through Phil Foden and Jude Bellingham, who crossed for the late-arriving Henderson to stroke home the opener.

Kane’s goal drought at this tournament then came to an end in emphatic style in first-half stoppage time.

Bellingham again drove from his own box and fed Foden, who rolled the ball into the path of the captain to smash in an unstoppable shot and become England’s eighth scorer in Qatar.

It also took Kane to within one goal of Wayne Rooney’s national record of 53.

The goals knocked the stuffing out of Senegal and with England looking full of confidence after the break it no longer felt like a contest.

Saka, recalled by Southgate in his only change from the group stage win over Wales, cleverly lifted in the third after 57 minutes following a penetrating run and low cross by Foden. — Reuters

11 Harry Kane now stands alone as his country’s top marksman in tournament finals with 11, overtaking Gary Lineker with whom he had shared the record.

1 Remarkably, Kane’s goal was his first shot on target in the tournament.

England forward Raheem Sterling has left his team’s World Cup camp in Qatar and returned to the UK after a break-in at his home. The 27-year-old Manchester City player missed England’s 3-0 win against Senegal on Sunday and it was not known if he would be back for his nation’s quarterfinal match with France on Saturday. “We’ve got to give him time to try to resolve that or be there for his family,” coach Gareth Southgate said. The English Press Association later reported that armed intruders had broken into his home while his wife and three children were inside.

Spain coach Luis Enrique is convinced his players can overcome Morocco in the last-16 and deal with the pressure of a penalty shootout if they need to. At last year’s European Championship, Spain were involved in two shootouts, beating Switzerland in the quarterfinals before they were knocked out by eventual champions Italy in the semis. “Over a year ago, in many national camps we told players, ‘You have homework ahead of the World Cup. You must take at least 1,000 penalties with the club’. You can’t just train them when they’re with the national team,” Luis Enrique said. “I don’t think it’s a lottery. If you train often, then the way you take penalties improves.” Agencies 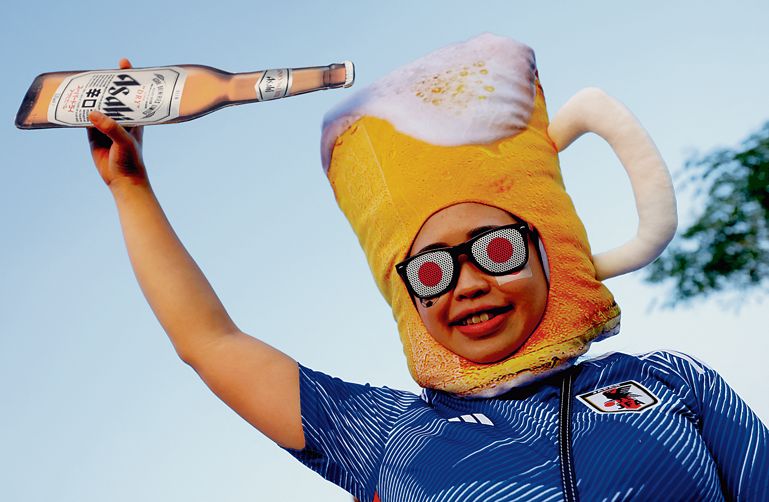 In a dusty neighbourhood on the outskirts of Doha, guards stand duty at a gated compound ringed with razor wire, carefully checking passports and permits before allowing anyone inside. But this isn’t a prison or a high-security area. It’s a liquor store. Rigid limits on alcohol are a fact of life in this conservative Muslim nation. Yet corks continue to be popped in luxury boxes at games. Sales continue unabated at the FIFA Fan Zone, and dozens of hotel bars, lounges and nightclubs with liquor licenses. In addition, there’s the liquor store where non-Muslim residents and visitors can shop after applying for a government-issued license.

Ashraf Ali arrived at Stadium 974 six hours ahead of the Argentina-Poland match and, in desperation, raised a hand-written sign: “We need tickets.” Someone offered one for $2,000, nine times face value. That was too steep for Ali, 30, who travelled from Egypt to fulfil a dream to see Lionel Messi play. Thirty minutes before kick-off, he managed to nab a ticket for $500. Other ticketless fans are increasingly gathering at stadium perimeters to haggle with hawkers, quietly pushing match tickets for popular matches up to 10 times face value. Agencies