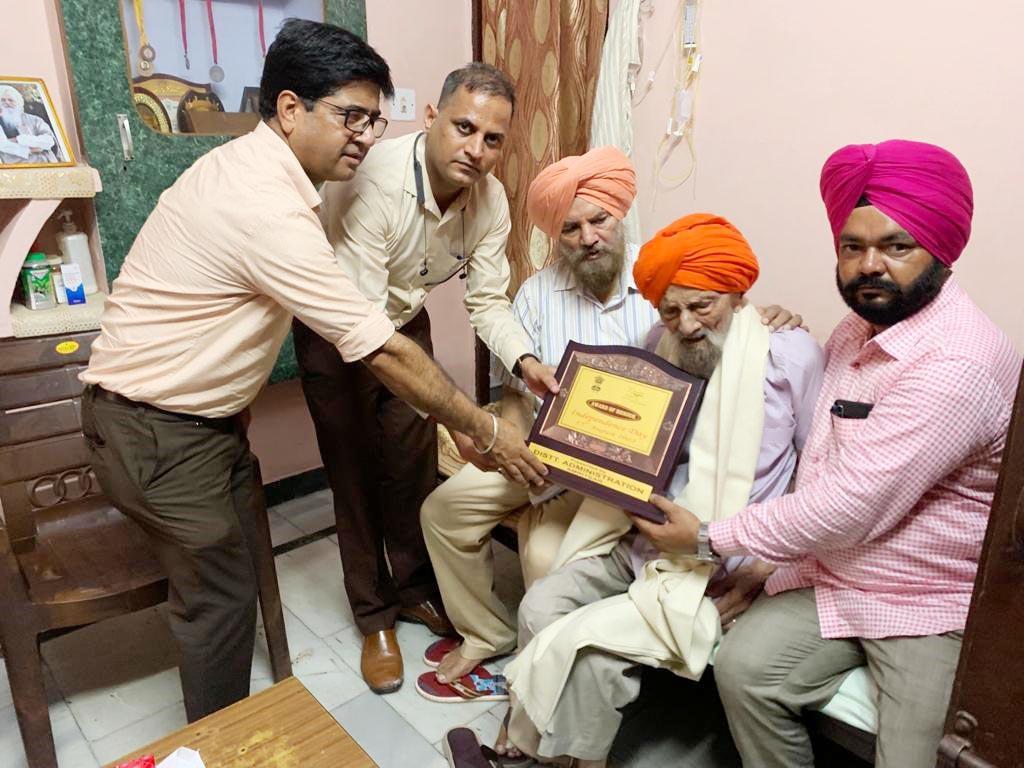 The district administration felicitated 102-year-old Jaimal Singh at his home on the Independence Day.

Infirm and down with age-related troubles, he was unable to attend the celebrations organised by the district administration on August 15.

Born in Sialkot, Jaimal lived an adventurous packed military career which took him to different countries during the Second World War. He had joined the British Indian Army in 1939 and was with the five Sikh regiment.

Talking to The Tribune, frail Jaimal Singh, in a shivering voice, which his family could clearly understand, said he was deployed in Singapore, Malaya and New Guinea during the Great War. He was taken as a prisoner of war by Japan. After the USA mounted attack on Japan, he was freed by the British army. Meantime, he came to know of the Indian National Army formed by Netaji Subhas Chandra Bose and he was keen to join it to liberate the country from foreign yoke.

He was then taken to Brisbane in Australia where he stayed for nearly eight months. Thereafter, he was taken to India where he was declared guilty and all his pensionary benefits were seized.

During the time of the Partition, he was with his family at Sialkot. In his family, there were six persons, including his parents and three brothers. After witnessing harrowing incidents during the migration they came to Amritsar via Dera Baba Nanak. Later, he joined the SBI as a guard and retired in 1982. His son Ram Singh said the entire family felt humbled with the gesture of the administration as ADC Surinder Singh along with other officials felicitated ailing Jaimal Singh at his home, who is a witness to the freedom struggle and turmoil of the Partition.