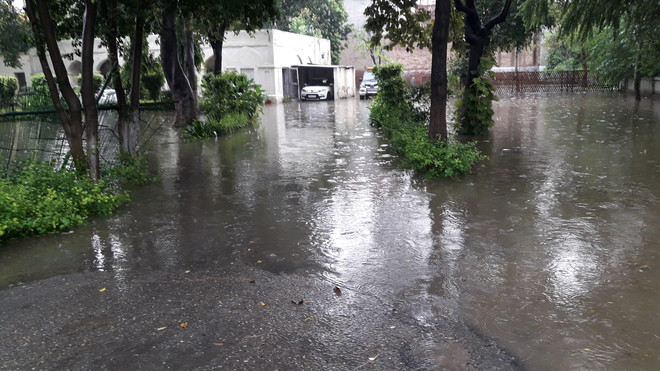 The administration is yet to start the special girdawari ordered by the CM in the flood-hit villages of Tarn Taran. - Tribune file photo

Despite efforts by the district administration to control flooding in the Kasur Nullah, the situation in more than a dozen border area villages remains critical.

There was an acute shortage of dry and green fodder, and animals were in an urgent need of vaccination against possible infection.

The administration is yet to start the special girdawari ordered by Chief Minister Capt Amarinder Singh yesterday to assess loss to crops and houses.

DC Kulwant Singh and Khemkaran MLA Sukhpal Singh Bhullar along with officials visited the affected villages and issued instructions to provide relief to the residents.

The administration said Patti and Bhikhiwind SDMs Alka Kalia and Amandeep Kaur, respectively, were in touch with officials engaged in draining out water from flooded areas.

The administration said Army blockades at several places in the area were causing hurdles, but the officials were trying to contact the Army to resolve the issue. Raj Singh, former sarpanch of Thathi Jaimal Singh, said crop on over 2,000 acres at Thathi Jaimal Singh, Kalia, Sankatra, Gajjal, Noorwala, Mastgarh and Khemkaran had been affected. He said the water level in the inundated areas had gone down but the situation was still critical.

The locals blamed it on the failure of the administration to remove water hyacinth from Kasur Nullah in time, which they claimed had led to to the flooding.