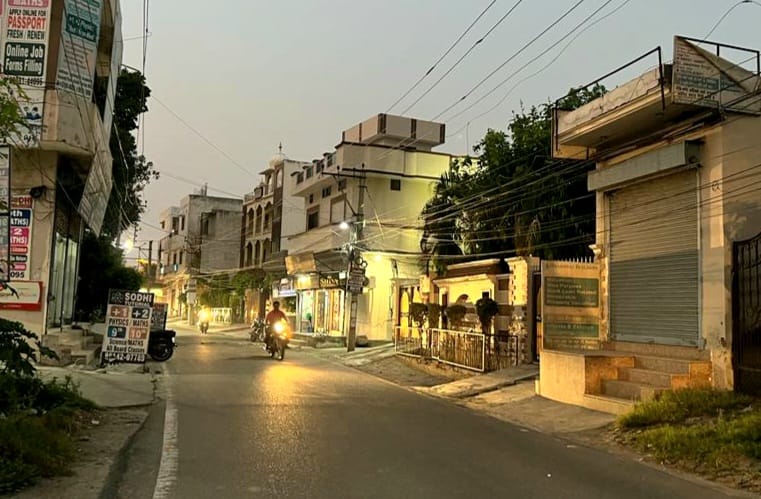 A view of the Partap Nagar Area in Amritsar on Wednesday. Sunil Kumar

On the 57th anniversary of the bombing of Partap Bazar tomorrow (which falls on September 22), a residential area in the then suburb of the holy city (Chheharta) by the Pakistan Air Force, old timers recall the memories and impact of the 1965 war.

Naresh Johar, a senior citizen, said no attempt has ever been made to remember the 55 persons, including seven women and four children, who had perished while being in the safe environs of their houses. The bombing had taken place minutes before the announcement of the ceasefire. For this, he quoted famous historian VN Datta’s book ‘Amritsar Past and Present’, which was published by the then Amritsar Municipal Committee in 1967.

A paragraph in it clearly mentioned that “this happened at a time when President Ayub Khan was speaking on the Pakistan radio of the ceasefire and acceptance of the UN Security Council resolution calling on India and Pakistan to stop fighting.”

The material loss was equally immense as 100 houses and shops were damaged. At least, 77 of these were reduced to rubble. The relay of news from the Lahore radio station that the Pakistan army had entered Amritsar and took down the clock from the Hall Gate elicited guffaws from the residents.

Another city resident Kamal Dalmia recalled that his late father Gaja Nand Dalmia was general manager of Satluj Cotton Mill, Okara, which is a small town, 80 km from Lahore. The pre-Partition mill belonged to the famous Birla family.

“My father got a sense of a war from his sources in the Pakistan government. He returned to India about a week before the war broke out. After his return, he met then famous industrialist GD Birla, who was the owner of the mill, in New Delhi and conveyed him the entire position. Birla then alerted the government,” said Dalmia.

He said the results of the war between India and Pakistan were disastrous. Bilateral relations of the two neighbouring nations were scarred. The Pakistan government under its law Enemy Property Act took over the cotton mill and in return handed over Rs 25 lakh to the Birla family for a unit whose then market value was above Rs 25 crore.

Dalmia said the destroyed Pattan tanks in Khemkaran sector were a treat to watch for local residents.