1L kids given polio drops on Day 1 in Amritsar district : The Tribune India

1L kids given polio drops on Day 1 in Amritsar district 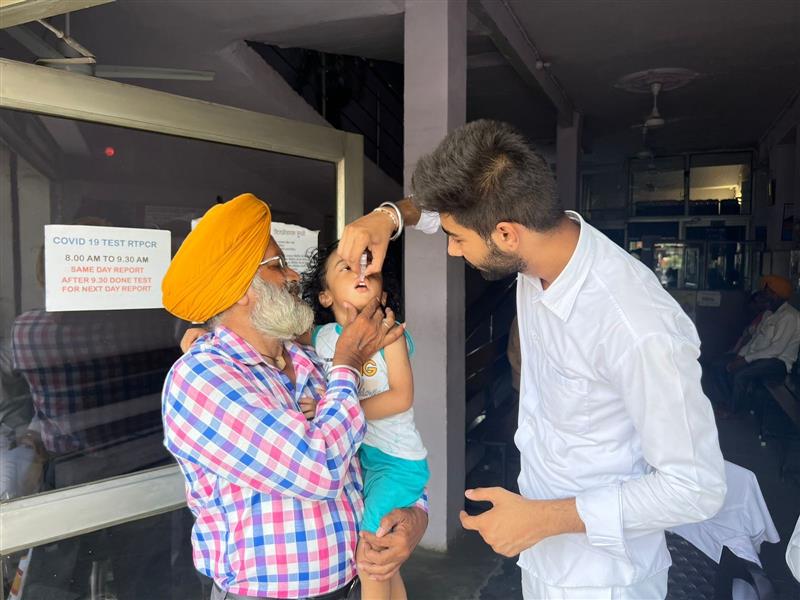 A volunteer administers polio drops to a child during the pulse polio drive in Amritsar on Sunday. Photo: Vishal Kumar

Over one lakh children were administered polio drops on the first day of the polio immunisation drive here on Sunday.

On the first day of the drive today, polio booths were set up by health teams in different localities. On the remaining two days, the teams would run a door-to-door campaign to immunise children, who could not be given the drops on Sunday.

District Immunisation Officer Dr Kawaljit Singh said the department had a target to administer polio drops to 2,97,250 children below the age of five years. He said during the door-to-door drive, the health teams would visit all 5.49 lakh homes in the district so that no child is left unimmunised.

He said special attention was being given to areas residents belonging to lower economic group. For the purpose, the health teams would also visit brick kilns, factories, rice mills and slum areas, he said. The department has constituted 1,490 teams to accomplish the task.