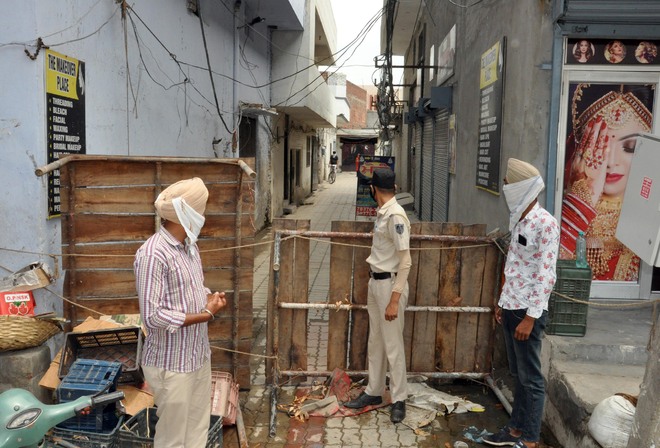 The district health authorities reported two deaths and 44 fresh Covid-19 cases here on Saturday. The death toll due to the disease has increased to 80 and the count of positive patients reached 1,903.

The health authorities stated that Babaik Singh was diabetic while Darshan Kaur had diabetes, hypertension and chronic kidney disease. Of the new cases, 25 are people with influenza-like illness (ILI) cases and 19 contacts of positive patients.

The district health authorities stated that 23 patients had recovered in the last 24 hours after which the total recovery count has increased to 1,344. At present, the district has 479 active cases.

Staff warned for not wearing masks

In a notice issued on Saturday, the GMC authorities warned employees against not wearing masks while performing their duties. The matter was taken up by Additional Deputy Commissioner Dr Himanshu Aggarwal after a visit to the hospital. The ADC was appointed in-charge of the Covid-19 operations recently. The notice states that in future if an employee is found without a mask, action would be taken against the guilty.