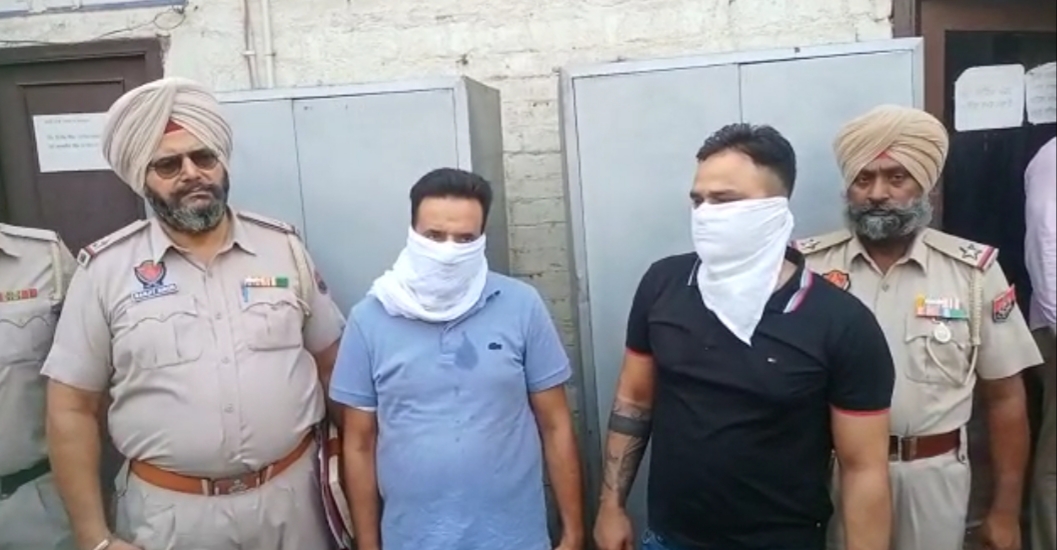 Those arrested were identified as Deepak Sharma, alias Deepu, of Sandhu Colony and Harmanpreet Singh of Mohan Avenue on the Fatehgarh Churian road while their third accomplice Rajiv was yet to be arrested. A case under Sections 384, 341, 506, 148 and 149 of the IPC and Sections 25, 27, 54 and 59 of the Arms Act was registered against them.

The complainant, Amit Khanna, told the police that he ran a mobile repair shop at Liberty Market. He said on Friday afternoon, he got a call from Deepu’s brother Rajiv who threatened to shoot him. He said around 12.45pm, carrying his bag containing Rs 1.31 lakh cash, he left for his shop in his car. He said when he reached near the Apex Hospital chowk on Batala Road, Rajiv along with his unidentified accomplice stopped their bike in front of his car and asked his accomplice to take it out.

He said as he guessed they were taking out some weapon, he immediately started the car and reversed it towards his house. The accused followed him and reached his house. Deepu along with this accomplices also reached there in an SUV and started thrashing him and his family members, including father Surinder Khanna, mother Neena Khanna, wife Palvi Khanna and grandmother Veena Khanna. As Deepu took out his pistol, he came out of his house where CCTV cameras were installed.

He said he had given a Rs 1-lakh cheque to his friend Sameer over a year ago. Sameer gave the same as a guarantor to Rajiv and borrowed cash from him. He said his friend was out of station for five days and therefore the accused assaulted him and threatened to shoot him while demanding cash.

Assistant Commissioner of Police Gurinderbir Singh said the police immediately swung into action following an input regarding firing in the area. He said the accused had fled the scene when a police team reached the spot. However, they chased the accused and arrested Harmanpreet Singh and Deepu. He said some monetary dispute was the reason behind the assault. He said raids were on to arrest the remaining suspects. The police recovered a .32 bore pistol with five bullets and the SUV that was used in the crime.