22 yrs on, residents wait for a metalled road 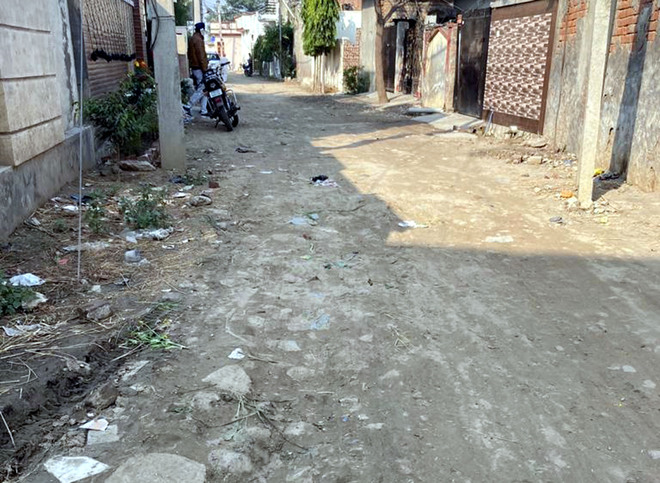 The approach road to Malawali village on the Airport road has not been metalled for the past two decades.

The approach road to Malawali village on the Airport road has not been metalled for over past two decades, resulting in trouble for residents. The area, which now falls under ward number 5 of the Municipal Corporation, was inducted in the city in 1998.

Residents had been demanding a functional road for the past many years, and used every tactic, including shaming political leaders on the social media. Last year, they had pooled money to lay the premix after which the local administration had put on a thin coal tar layer on a limited portion of the road.

Residents stated that though they lived in the city, facilities are even poorer than rural areas. “We are dependent on the Municipal Corporation for funds. Last time, the road was paved when the village had a panchayat. Sanctioning of disproportionate development works should stop,” said Kuljeet Singh Malawali, an advocate from the village. He added that in 1998, the road was paved by the Punjab Mandi Board.

Residents complained that though a portion of the road was paved with coal tar last year, it has caved in due to shoddy and poor quality of work. They complained that a ride to the village is a nightmare. The village is among the 27 villages which are a part of the Amritsar Municipal Corporation.

Another resident Karanjot Singh said, each time during elections, the issue of road rears its head. “Promises are made but after winning elections, no leader bothers to fulfill the demand,” he said, adding that the village under the MC should be developed at par with the city areas.