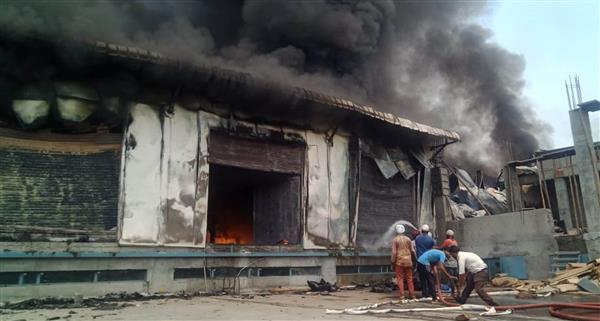 Firefighters try to douse a fire at a dry fruit packing factory at Anand Vihar in Amritsar on Friday. Tribune photo: Vishal Kumar

As many as 300 labourers were evacuated from a dry fruit packaging factory here after it caught fire on Friday, police said.

In the incident that took place in the Anand Vihar locality on Chabal road, flames engulfed the entire unit, which was vacated “just in time”, they said, adding no casualties were reported.

“It broke out in the afternoon and the cause is being ascertained,” ACP Parvesh Chopra said.