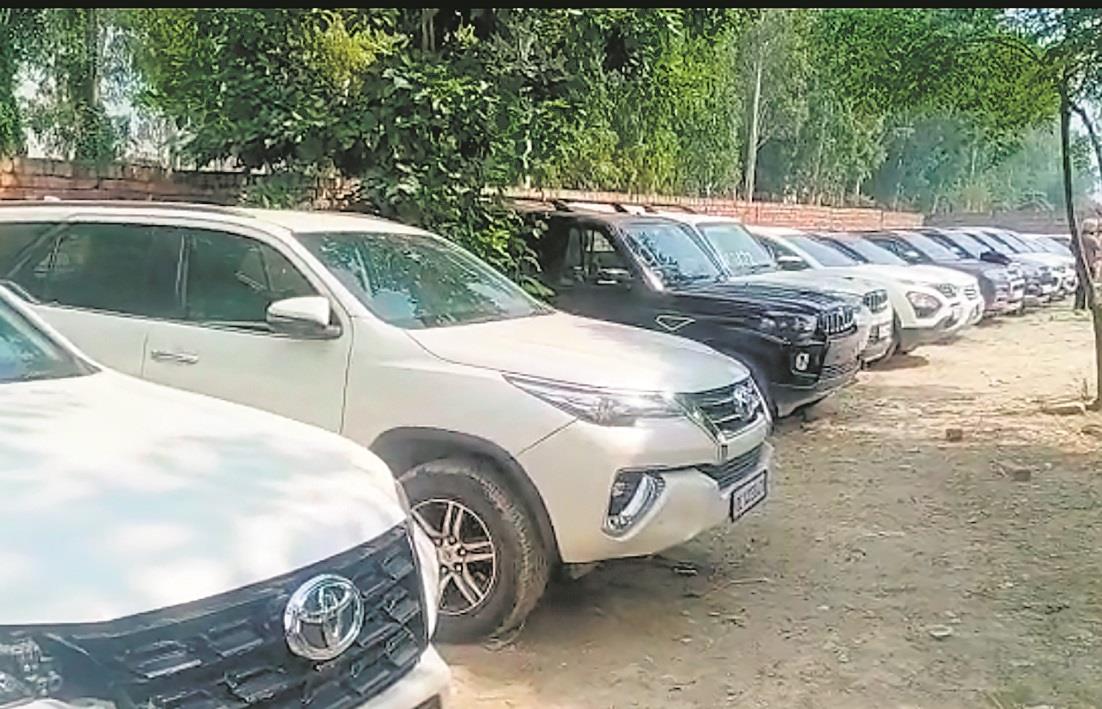 Luxury cars seized by the police in Amritsar on Thursday. Vishal Kumar

With the arrest of four persons, the Amritsar rural police on Thursday busted an interstate gang of vehicle lifters and recovered 15 high-end luxury vehicles, including SUVs, from their possession.

The police said the gang was active in Punjab, Haryana, Delhi and Uttar Pradesh. Of the four persons arrested today, two are history sheeters, the police added. Earlier, the police had confiscated 24 vehicles from the same group, said SP Jaswant Kaur.

Kaur while addressing media persons said that among the vehicles included two Toyta Fortuners, two Mahindra Scorpio SUVs. She said the gang used to steal vehicles using a master key and electronic devices and later used to sell them after forging documents and putting up fake number plates. They used to sell the same in the border belt of the state.

The SP said during the investigation of a burglary case in the jurisdiction of Mehta police station, the police nabbed Nishan Singh alias Mithy and Harpreet Singh alias Honey who have around eight cases of robbery, burglary and NDPS Actagainst them. Their arrest led to the solving of seven untraced instances of robbery and theft in the rural belt.

During the probe it was found that they used to sell the stolen goods to Avtar Singh aka Sunny, who owns a canteen in the city. His arrest led to the busting of gang as he used to procure stolen cars from three persons of the gang including Kashmirpal alias Babbi, a vehicle dealer of the city area. He has two criminal cases of similar nature against him.