6 years on, Metro bus service in Amritsar far from being profitable : The Tribune India

6 years on, Metro bus service in Amritsar far from being profitable

Punjab Metro Bus Society has claimed that riders have increased to 45,000 per day 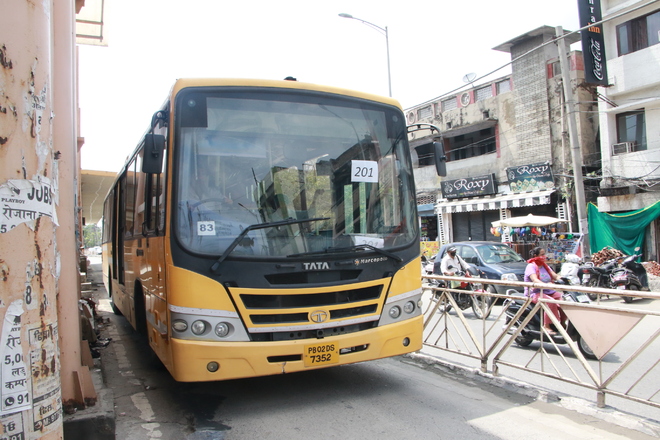 Six years after the inauguration of the Metro bus service being run under the Bus Rapid Transit System (BRTS), it has not been streamlined and is still far from being self-dependent.

However, an increase in the ridership has been reported after revising the fare last year. There are some routes, where the number of passengers is not as per the expectations. The Punjab Metro Bus Society has claimed that the ridership has increased to 45,000 per day.

It’s worth mentioning that the fare of the Metro bus service was revised by the Transport Department in July 2021. The fare was fixed at Rs 5 and Rs 10. Free bus service was being provided to students of up to Class XII.

The extension plans of the BRTS routes were dropped due to political intervention during the Congress regime. Earlier, the authorities had started operating the Metro bus between Gheo Mandi (near Golden Temple) and Sri Guru Ram Das Jee International Airport in 2021. The new route had increased the ridership, but private operators opposed the move.

Under the pressure of private-bus operators, MP Gurjit Singh Aujla suspended the route. Local NGOs and activists have been repeatedly demanding to resume the service from the airport to the Golden Temple. But even after the change of power in the state, the AAP government didn’t make any effort to resume the route. The government had proposed to extend the route for Ram Tirath Road and also provide service to Attari-Wagha Indo Pak border. However no decision has been implemented yet.

Kulwant Singh, a local resident, said, “The BRTS is serving the residents on only three routes. There is no other public transport in the city to compete this service. So the Metro buses have good potential. It could be profitable for the government if they seriously plan its routes. The proposed routes should be started and the bus from Darbar Sahib to International Airport should be resumed”.