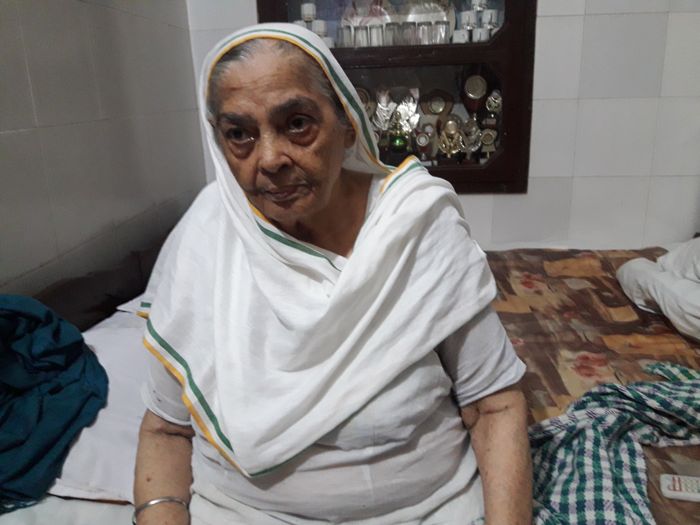 Eightytwo-year-old Amarjit Kaur, wife of late Iqbal Singh of Gali Masteran Wali, Tarn Taran, got emotional when she remembered the sorrow and agonies of the Partition of the country 75 years ago.

She said as soon as residents of Amar Sidhu near Lahore were informed through the public address system of the gurdwara that the village had become part of Pakistan, all people, except Muslims, left the village.

The news of violent incidents occurring on a very large scale in Lahore had reached the area residents. Lahore was the very first place to witness acts of violence, she said.

Through the public address system the villagers were alarmed to be ready to move to safer places. In the meantime, a military vehicle reached the village and people scurried for it so as to be taken to safer places. Just seven years of age at that time, she was left behind along with her two brothers (one younger and another elder one) in the village.

Her parents and other members of the family had left for some undisclosed destination by the previous vehicle. The three siblings started weeping as they had no inkling of how to locate the other family members. As they started searching for them, another military vehicle reached the village. They talked to military personnel and were assured by them that they must get their family members where they would be taken by them.

Amarjit said they were dropped at Gurdwara Bhath Sahib Baba Bidhi Chand Chheena in Patti. It was their good luck that their family members had already been evacuated to the same gurdwara where they were reunited with them. As per the schedule, the residents of Amar Sidhu were to be dropped in Patti.

The whole family had nothing else except the clothing they were wearing.

They saw a large number of houses engulfed in fire in Patti as Muslim families had set their houses on fire before leaving the town, thinking they would ever return to the place. They saw vehicles loaded with dead bodies, which were being taken to be cremated by military authorities.

At a tender age of five, she had started going to the village gurdwara to study where the granthi taught them the Gurmukhi alphabet and used to recite Japji Sahib in the morning and rehras in the evening. She said about a month ago, the village children studying in the gurdwara had started discussing a war-like situation soon.

Amarjit Kaur said the family had to face great hardships as all their belongings had been left back in the village. She said in the houses of Muslims they saw big-sized earthen pots filled with goat meat pickle and sewaiyan which they destroyed fearing that it could be poisoned.

The family spent the night in the gurdwara and the next day they made arrangements for bedding and lodging. Thankfully, the administration started the rehabilitation process which took quite a long time to bring their life on track. She got married to Iqbal Singh, a known writer in Tarn Taran, whose family too had migrated from Naushehra Bhadana.

We saw a large number of houses engulfed in fire in Patti. Besides, many vehicles were spotted loaded with dead bodies, which were being taken to be cremated by military authorities. — Amarjit Kaur