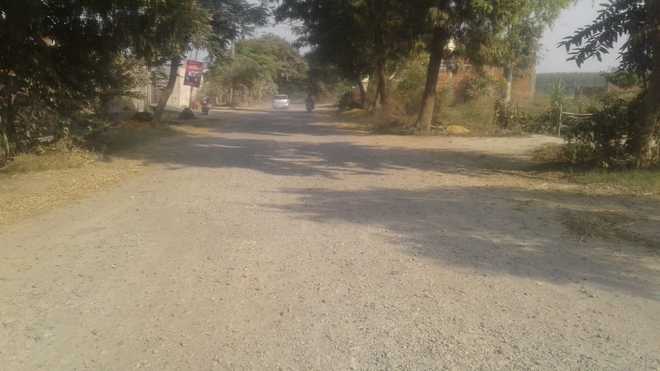 This is a classic case of history repeating itself. Or so the residents of more than a dozen villages of the area feel every time they tread the ignored Dhotian link roads. The yesteryear is all about repeated requests falling to the deaf ears of concerned political leaders and authorities.

Ravinder Singh Gill, chairman of Shaheed Bhagat Singh Social Welfare and Cultural Club, Dhotian, recalls that hundreds of letters have been written to the authorities in the last decade demanding repair of the 15 km stretch from Sheron to Jamarai, but to no avail. The road, also known as ‘Shaheed Baba Budha Singh Marg’, has been of special importance both for residents and the farmers. “At present the road wears the wretched look possible as it is all but ragged at every step. It has not been repaired for more than 12 years,” he tells. According to him, this is the reason roadways authorities have halted plying their buses on the route and the mini bus operators have followed suit as well.

Making the matters more complex is the frequent passage of the heavy-duty vehicles, which take to the already feeble road to avoid the toll fee at Usman village toll palaza. Sarup Singh Dhotian, a resident of Dhotian village, president district sports organising committee, Tarn Taran, says the patch work of the road was left midway for which the dwellers have been bearing the brunt. “The shoddy work of the authorities concerned has made it an accident prone area,” he adds. The Sheron-Dhotian link road is barred to heftily loaded category of vehicles and meant for only light-weighted vehicles.

Deputy Commissioner Kulwant Singh Dhuri assured the works on most of the roads, including that of the Sheron-Jamarai, has been initiated and the rest shall also be given a face lift soon.