A shared history preserved across borders 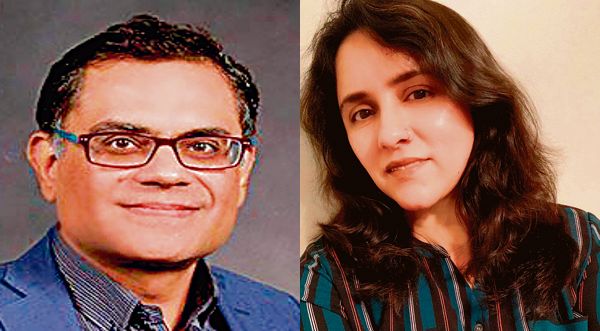 In the second session of the ongoing month-long festival of Sanjha Punjab, Majha House invited Pakistan-based policy analyst, journalist and author Raza Ahmad Rumi, and radio and online video broadcaster Gurmehar Kaur to speak at a session titled Desi Tea House. The informal interactive session focused on discussing the history that both the democracies share.

Gurpartap Khairah, member, Majha House, who convened the session said, despite the borders that divide us, we are united by our common culture and heritage. “Our food, our music, our films and literature are the commonalities that will continue to bind us together forever. But today, a false narrative is being created, which is aimed at erasing and rewriting our histories. Both our speakers elaborated upon the forces that strive to divide us and the love that continues to thrive in our hearts,” said Gurpartap.

Beginning the discussion, Gurmehar said it was important to identify Hinduism from Hindutva and Islam from Islamism.

She engaged in a dialogue with Raza on the issue, who said, “I believe it was during the colonisation that we started identifying ourselves as separate from one another. It was then that our culture was ruptured, and that is also one of the reasons of the Partition.” “These debates have been duly recorded and it was really discussed whether Quwwali and Amir Khusro are Indian or not. Similarly, the Indian classical music was also questioned. Classical forms such as khayal and dhrupad were also questioned,” he shared.

When Gurmehar raised the question of erasing or rewriting history, Raza said it had now become normal to erase a past event if it is unpleasant. “What we fail to realise is that all past events are our history and are lessons from which to learn and prepare for the future. Renaming of streets and cities, revision of syllabus are attempts of the state to forget an era that has uncomfortable associations,” said Raza. Though he said he felt relieved when people from both countries are wary of such one-sided jingoism.

“People across the borders will always enjoy the music of Lata and Rafi, Kishore and Rahat Fateh Ali Khan. That resonance will never fade,” he stressed. Raza was also critical of the sort of fanaticism that has come to be a norm today everywhere in the world. “This attack on the freedom of speech has never been this vicious and upfront. Democracy means having the freedom to criticise. We must understand that if I am critical of the head of the state that does not mean that I hate my country. We must respect all kinds of opinions,” he said.