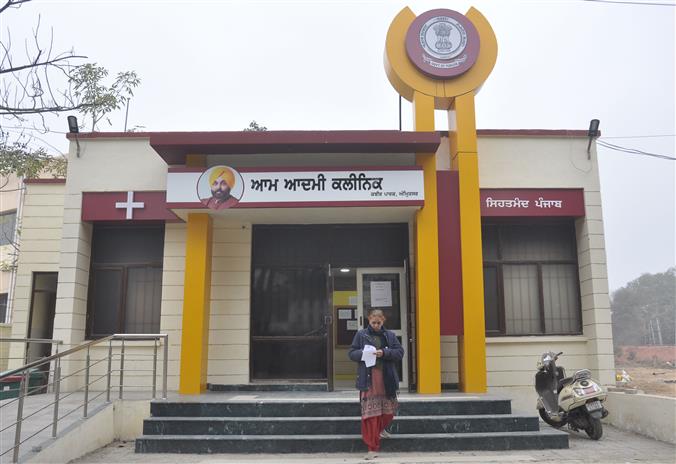 A mohalla clinic in Amritsar on Wednesday. Photo: Sunil Kumar

With the Health Department all set to open new Aam Aadmi Clinics in the district on January 27, a cross-section of society, including health employees, has accused the government of changing names of the already existing health centres. With the opening of more Aam Aadmi Clinics, the number of these centres would increase to 32 in the district of which 15 are in the urban areas and rest in rural areas.

Ashok Kumar, president, Punjab State Pharmacy Officers Association, said, “These upcoming Aam Aadmi Clinics were working as Community Health Centres (CHC), Urban Health Centres (UHC), Primary Health Centres (PHC) and dispensaries. Now their names have been changed and not even a single new employee has been recruited”. He said merely changing the names would not improve health services in the state.

A prominent leader of the employees and patron of pharmacy officers association Shamsher Singh Kohri said, “We fail to understand why the government is changing the names of health institutions which are named after great religious personalities.” He said that rural pharmacists have already expressed their displeasure with the government as now they have been asked to run these centres. “The rural pharmacists are being paid Rs 11,000 as monthly salary. Now instead of doing anything concrete for the employees who are the backbone of medical services or upgrading infrastructure, all the government has done is to rename the existing facilities and advertise it as an achievement,” he said.