AAP a party with a vision: Manish Sisodia 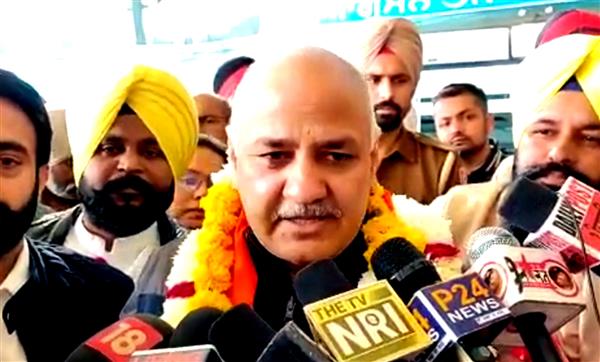 The Aam Aadmi Party (AAP) is a party with a vision which can meaningfully contribute to development, education, health sector, employment and business, said Deputy Chief Minister of Delhi Manish Sisodia after coming out of Sri Guru Ram Das Jee International Airport on Monday. He, however, did not answer as to why its leaders were deserting the party. He said he was here to talk to the business community in Gurdaspur.

Around 11 am, nearly two hours later, Delhi Chief Minister Arvind Kejriwal also landed at the airport. He is on a two-day visit to the state. Before boarding a vehicle straight to Moga to address a rally there, he asked the mediapersons to join him at the rally. He did not answer their question as to who the AAP’s CM face would be in the state. He is likely to brief mediapersons here on Tuesday.