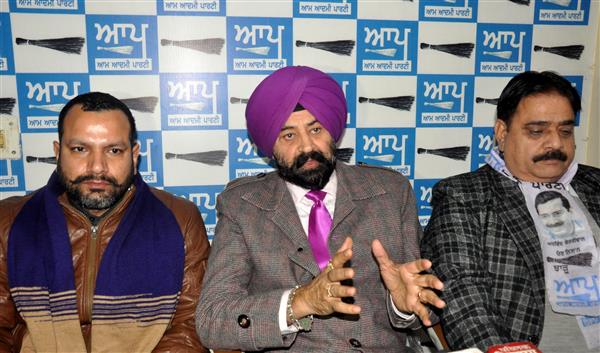 The district Aam Aadmi Party unit has alleged that the security cover of the party’s North candidate former IG Kunwar Vijay Partap Singh has been compromised with by reducing the number of security personnel. Leaders and workers of the party has sought guarantee of his well-being from the government.

AAP North spokespersons Arvinder Bhatti, Shukrat Kalra, Rajinder Palah, Ravinder Sharma and district media in-charge Vikramjit Vicky on Friday said the security of the former cop-turned-politician, who is the AAP candidate from the North constituency, had been reduced.

Bhatti said Kunwar was known as a formidable cop who tightened the noose around gangsters during his tenure. So he feared that reducing Kunwar’s security cover could make him vulnerable to anti-social elements. He said a written complaint had also been shot off to the DGP and the Election Commission in this regard.

Shukrat Kalra and Rajinder Palah accused Home Minister Sukhjinder Singh Randhawa of carelessness being shown to the security of Kunwar. In case any untoward incident happened to Kunwar, it would be the sole responsibility of the Home Minister, they alleged.

Shukrat Kalra stated that growing popularity of Kunwar in the northern constituency was causing heartburn among the opposition.

He alleged that from reliable sources it was learnt that a conspiracy to defame Kunwar had been hatched as per which a call recording of a jailed gangster promising help to Kunwar during the poll could go viral. Then it could be used by his opponents for bad publicity.