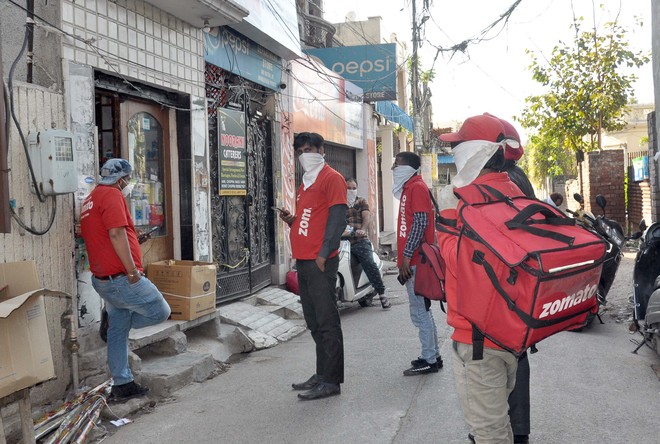 Amid the ongoing lockdown due to coronavirus threat, the administration has roped in online delivery companies such as Swiggy and Zomato to deliver grocery items on the doorsteps of residents.

The administration has also revised the list of shopkeepers, whose numbers were earlier shared with the public for home delivery of grocery, vegetables and fruits.

Deputy Commissioner Shivdular Singh Dhillon said: “People had complained that most of these numbers were either not answering calls or were switched off. The list has been revised and a new list will be shared with the public.”

The administration has also allowed brands as Easyday, Reliance Fresh and Big Bazaar to deliver essential items to customers at their homes. Over the counter purchase at these stores is not allowed. The Deputy Commissioner has also warned shopkeepers against overpricing and stated that strict action would be taken if someone was found doing so.

Meanwhile, the prices of vegetables in the city are soaring with tomatoes priced at Rs100 per kilo, onions at Rs65-70 per kilo and green chillies costing Rs200 per kg. The green chillies along with coriander leaves were usually offered complementary to customers on the purchase of veggies.

To cater to the financial needs of residents, a total of 103 bank branches in the district operated today. Additionally, around 200 ATMs were stocked with currency, the officials in the administration said. Meanwhile, in relaxation to brick kilns, the district administration has allowed them to operate after getting permission from the District Food and Civil Supplies Controller.