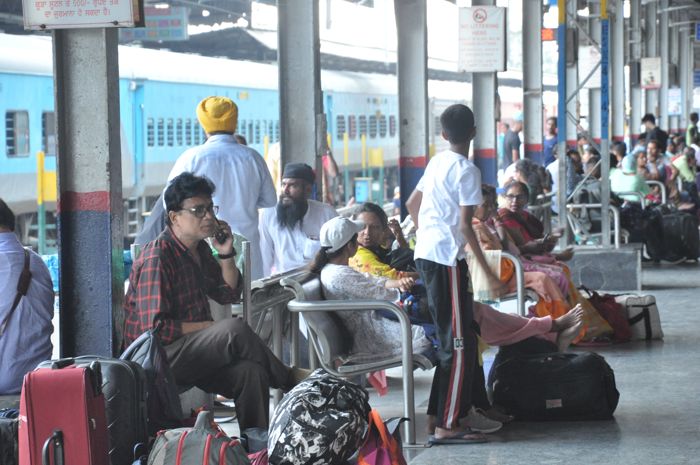 Passengers wait for the official announcement about their trains at the railway station in Amritsar on Saturday. Sunil kumar 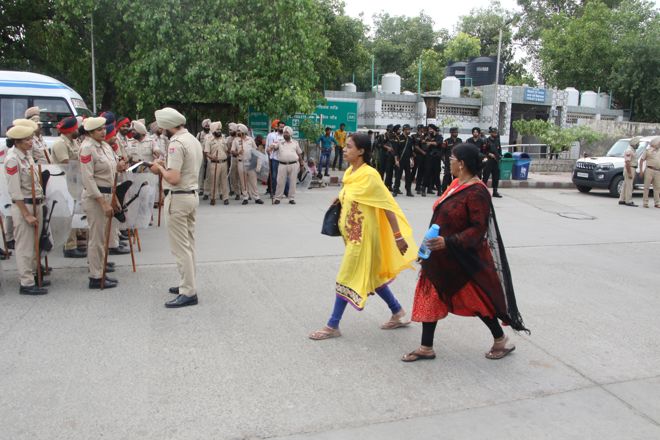 In the wake of arson incidents reported from Ludhiana with railway properties targeted by youths against Agnipath, several trains originating and concluding their run here were declared cancelled. In addition, vandalising of the Ludhiana railway station on the Amritsar-Delhi railway section, the movement of several trains was disrupted.

The Ferozepur division cancelled the plying of seven trains today and announced a list of 11 more trains which would not be plied tomorrow.

Of the trains cancelled on Saturday in the division, four originated from the holy city. These were 12204 Amritsar-Saharsa, 15708 Amritsar-Katihar, 14650 Amritsar-Jaynagar and 15212 Amritsar-Darbhanga.

Besides, the schedule of several trains got disrupted and delayed. Passengers were highly inconvenienced as they kept waiting for official information about their trains at the local railway station. They were seen thronging the enquiry window to learn the status of their trains.

Meanwhile, an elaborate security bandobast was made in and around the railway station to thwart any untoward incident. Wearing protective gear police personnel were deployed in a large number.