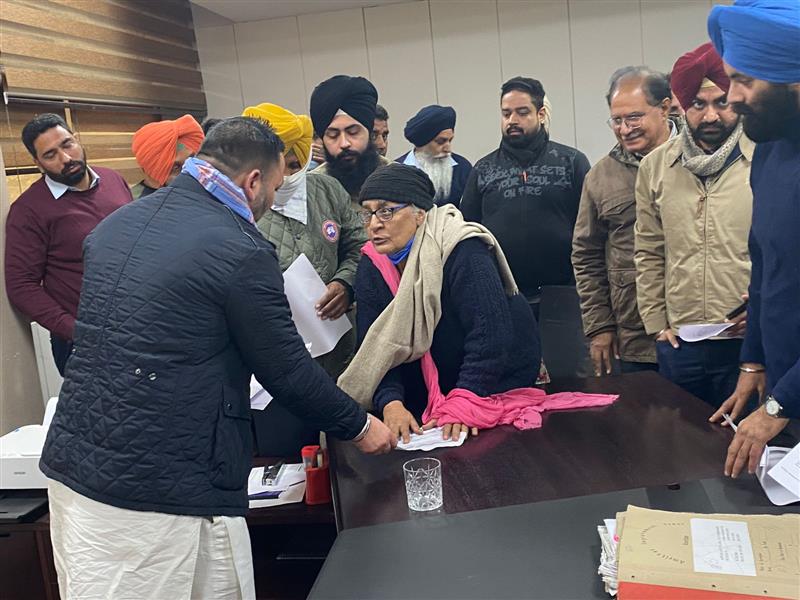 AIT Chairman Damandeep Singh listens to the complaints against auction in Amritsar.

In a major embarrassment to the AIT, the much-hyped auction of 110 commercial and residential sites by the Amritsar Improvement Trust (AIT) turned into a flop show as the online tendering site went down during the last hour here on Thursday evening.

On the other hand, AIT Chairman Damandeep Singh claimed that land mafia managed to disrupt the government site to pool the properties.

A large number of applicants, who participated in bidding, complained of non-functional “tender-wizard”, tendering site. Late evening, Damandeep Singh, Chairman called that those faced any issue file their written complaint at his office.

Today around 33 applicants filed their complaints regarding the disruption of tendering site. The office of the AIT Chairman sends all the complaints to the Secretary, Local Bodies.

“After receiving the complaint, the report was sent to the head office in Chandigarh. They took an immediate decision on this. Now, the bidding time has been extended by three days. Online bidding is rescheduled on Monday, Tuesday and Wednesday. It would be started from where the bid was closed after the site went down. It will be started again from there,” he said. Owing to the loss of connectivity with the bidding site due to server breakdown, revenue of the AIT witnessed a sharp decline as the trust officials were expecting a revenue of Rs 150 crore from the sale of properties. But it was reduced to Rs 70 crore.

Now, with the extension in bidding time there is hope that the AIT would collect more than Rs 100 crore.

Meanwhile, RTI activist Suresh Sharma wrote to the Chief Minister demanding a probe into what led to disruption and file a case under the IT Act for disruption of the bidding portal against officials concerned.