'Akhand path' in memory of those killed during Partition begins at Golden Temple : The Tribune India 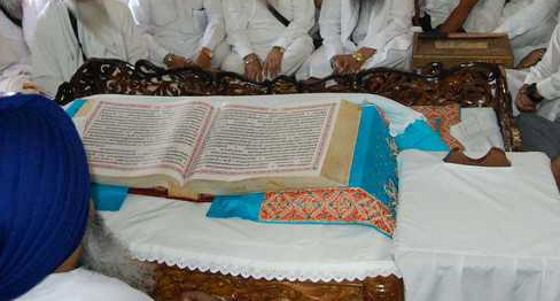 The SGPC initiated ‘akhand path’ in memory of over one million Hindus, Sikhs and Muslims killed during the Partition at the Golden Temple here on Sunday.

Notably, it coincides with the Partition Horror Remembrance Day being observed by the Union Government today. The day was declared as a national memorial day by Prime Minister Narendra Modi last year.

Akal Takht jathedar Giani Harpreet Singh had already urged the entire Sikh community across the world to remember all those Punjabis who were killed during the Partition from August 10 to August 16 by reciting the mool mantra and Japji Sahib. He also appealed to the Hindu community to pray in this regard at their religious places during the same time.

The event was the brainchild of Parampal Singh and Gangveer Rathour who approached the jathedar to pay homage to innocent people killed in the communal clashes. It is expected that people from different communities like Sikh, Muslim and Hindu would take part in the akhand path being held at Akal Takht on August 16.

Parampal said Maulana Mohammad Usman Ludhianvi, Shahi Imam of Punjab, representatives of the Hindu community and other religious leaders would also take part in it. He stated that 35 Sikh organisations, including Khalsa Aid, United Sikhs and EcoSikh, had endorsed this endeavour.