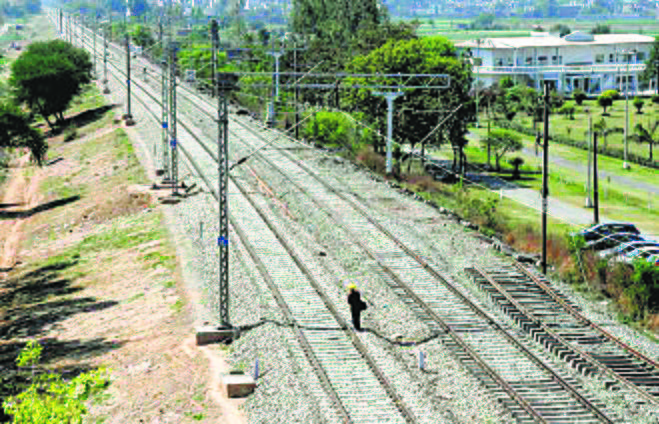 The ambitious project of providing shorter-rail connectivity between Amritsar and Ferozepur has been progressing at a snail’s pace. The project would drastically reduce the distance between the northern and western India as well.

The state government had been waiting for a nod from the four-member experts group, constituted for sanctioning the project.

The group comprises two persons who would be displaced due to the project and would look into the rehabilitation of their counterparts.

The study found that around 230 households would be affected while 140 hectares would be required to lay nearly 25-km railway line.

The people expressed fear of waterlogging, which according to the SIA, could be addressed by constructing enough water exit points.

As per the Right to Fair Compensation and Transparency in Land Acquisition, Rehabilitation and Resettlement Act, 2013, no land can be acquired unless public purpose is served.

Prof Rajesh Kumar from social sciences department of GNDU said, “The project will herald social and economic transformation of around 2.5 lakh people, besides providing another line of transportation to defence forces along the International Border.”

Tarn Taran Deputy Commissioner Kulwant Singh said, “Once the experts group give there nod, the district administrations of Ferozepur and Tarn Taran will proceed to undertake the next work.”

Following which the assessment of the land’s value would be carried out before announcing the award for land acquisition.

After the proposed land would be acquired and handed over to the Indian Railways, then the latter would proceed to lay the tracks and construct two overbridges.

A key railway overbridge (ROB) of around one-and-a-half kilometres would be constructed over Sutlej, starting from Kot Buddha village. This ROB would reduce the distance between Jammu and Mumbai by 267 km, Amritsar and Mumbai by 240 km and Ferozepur and Amritsar from 118 km to 86 km.