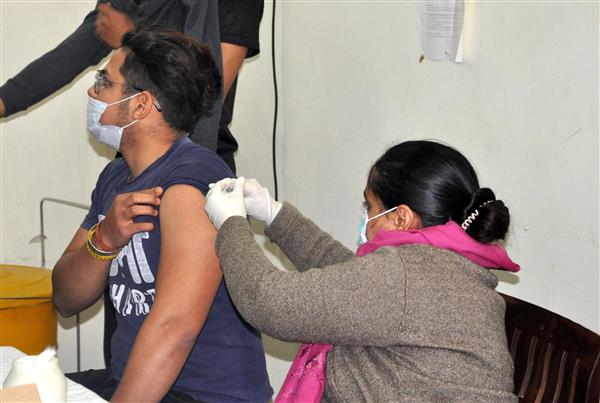 With two deaths in the district due to Covid in the last 24 hours, the toll increased to 1,608 on Monday. The deceased have been identified as Rachna Kapoor, a 57-year-old woman from Basant Avenue and Bawinder Kaur (70) from Tilak Nagar.

Meanwhile, the district Health Department has sped up the vaccination drive and a total of 25,581 residents were inoculated on Monday.

Civil Surgeon Dr Charanjit Singh said residents should get themselves vaccinated at the earliest.

He said vaccination centres in the district were handling the rush of patients amicably and the entire process was hassle-free.

He also advised people to take ample precautions against the virus and get themselves tested if they experience any symptoms associated with the disease. The health official said one should isolate him or her from other family members in case of any symptoms.

A person succumbed to the virus in the district on Monday taking the toll to 383. The Health Department in a press release issued here on Monday said 63 persons tested positive taking the active caseload to 663 in the district. The teams of the department collected 1,361 samples to be tested for the virus symptoms from different centres. — OC

Amritsar: In view of the Assembly election, the government has issued new guidelines regarding the precautionary dose of the Covid vaccine. Kulwant Singh, District Election Officer, Tarn Taran, said according to these new guidelines, all officers and employees who are on poll duty must be given the precautionary dose even if there was not a 9-month gap after the second dose. He said these guidelines have been issued in view of the Covid spread. He said the nine-month condition which applies on other residents would not apply on officers and employees who have been assigned duties related to election. Tarn Taran Civil Surgeon Dr Rohit Mehta also appealed to the officers and employees on duty to strictly follow these instructions and adopt Covid-appropriate behaviour — wearing mask, using sanitiser and maintaining social distance while on duty. TNS 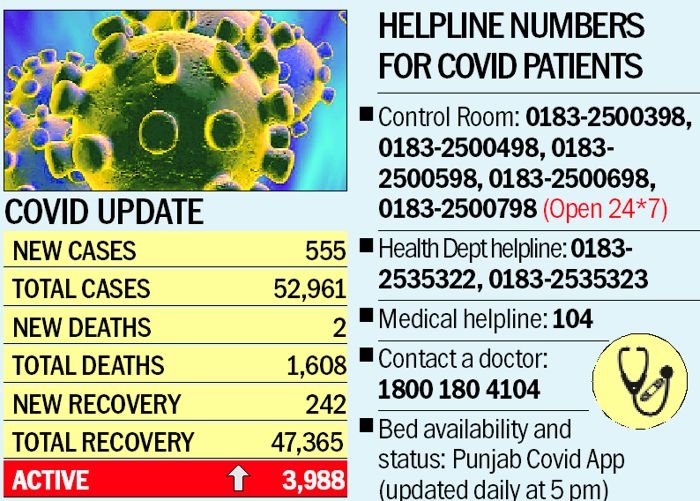