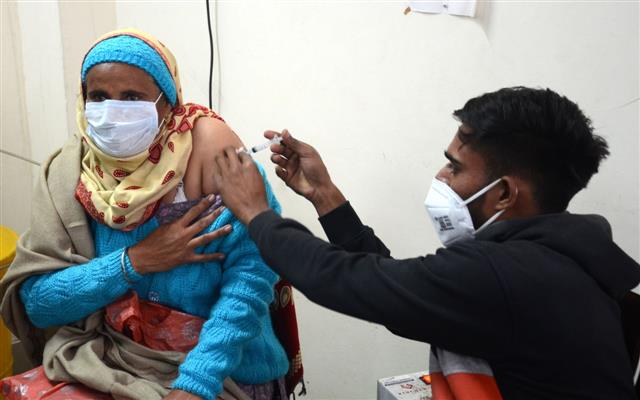 A day after the highest single-day spike of 731 positive cases, the district reported one death and 445 new cases in the past 24 hours in the district.

A day after the highest single-day spike of 731 positive cases, the district reported one death and 445 new cases in the past 24 hours in the district.

The deceased has been identified as 78-year-old Jasbir Kaur, a resident of Rajinder Nagar. She was admitted to Guru Nanak Dev Hospital. With her demise, the toll due to the disease has increased to 1,602 in the district. 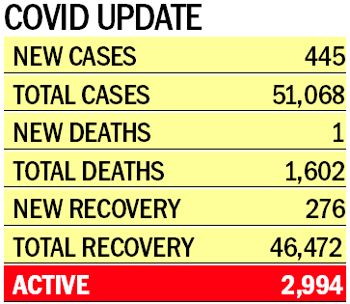 The district has reported a total of 51,068 cases. Of the cases reported on Friday, 354 are new cases and 91 contacts of positive patients.

The district Health Department also reported the recovery of 276 patients with which the total count of those who recovered from the illness has increased to 46,472. Meanwhile, active cases in the district are on the rise and the tally has reached 2,994.

Meanwhile, intensifying the vaccination drive 6,243 residents were inoculated on Friday. Of these, 2,337 received the first dose and 3,465 the second dose on Friday.

Balram Kumar Sharma, president of the Punjab Sudhar Sabha, urged the district administration and health officials to utilise the services of volunteers to provide relief to a large number of healthcare professionals, including doctors and paramedics, who are testing positive for Covid-19 daily. In this way, they would de-stress the healthcare system and bring down the alarming rise in the number of cases daily.

He said volunteers would educate family members and close contacts of positive patients to isolate themselves until their test reports were negative. Meanwhile, there was no decline in the number of crowded places during daytime.

The district on Friday recorded one death due to the virus, taking the death toll to 382 till date. Meanwhile, 89 positive cases were reported in the district, pushing the tally of active cases to 486. In a press note, the Health Department informed that 929 samples had been collected by teams of the department from different areas.