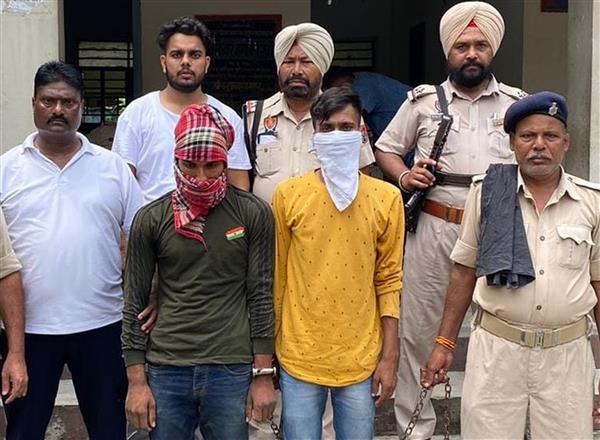 Members of the interstate extortion gang had created around 150 bank accounts to extort money from doctors, politicians and businessmen in the recent past.

These accounts were opened in different banks having branches all over the country, including in metro cities like Delhi, Mumbai and Kolkata etc.

The Amritsar police was flooded with complaints of extortion in the recent past following the brutal daylight killing of noted Punjabi singer Sidhu Moosewala. Among the victims included traders, doctors and even politicians. Alarmed over this, the city police constituted a special investigating team that also comprises Additional Deputy Commissioner of Police Prabhjot Singh Virk and Assistant Commissioner of Police Varinder Singh Khosa.

Investigations revealed that ransom calls were being made by cyber criminals, who were trying to extort money from doctors by posing as gangsters.

A team of four police personnel headed by ASI Malkiat Singh was sent to Bihar to trace and arrest the accused. They would be brought to Amritsar on transit remand and would be produced in the court while seeking their police custody for further interrogation.

Bhullar said the accused also had their links in the neighbouring country of Pakistan, besides other parts of the country. About their modus operandi, he said they used to create a WhatsApp ID and then used to call through internet. They used to identify themselves as aides of notorious gangsters Lawrence Bishnoi, Goldy Brar and Jaggu Bhagwanpuria. Bishnoi and Bhagwanpuria were arrested by the Punjab Police during investigating into the Moosewala murder case.

The cyber fraudsters took the advantage of this and started making extortion calls after finding contact numbers of the victims on internet.

The city police was also in touch with their counterparts in Delhi and Haryana, who had arrested aides of notorious gangsters in the recent past or those nabbed by them under similar charges. “More arrests are likely to be made in future,” Bhullar said.