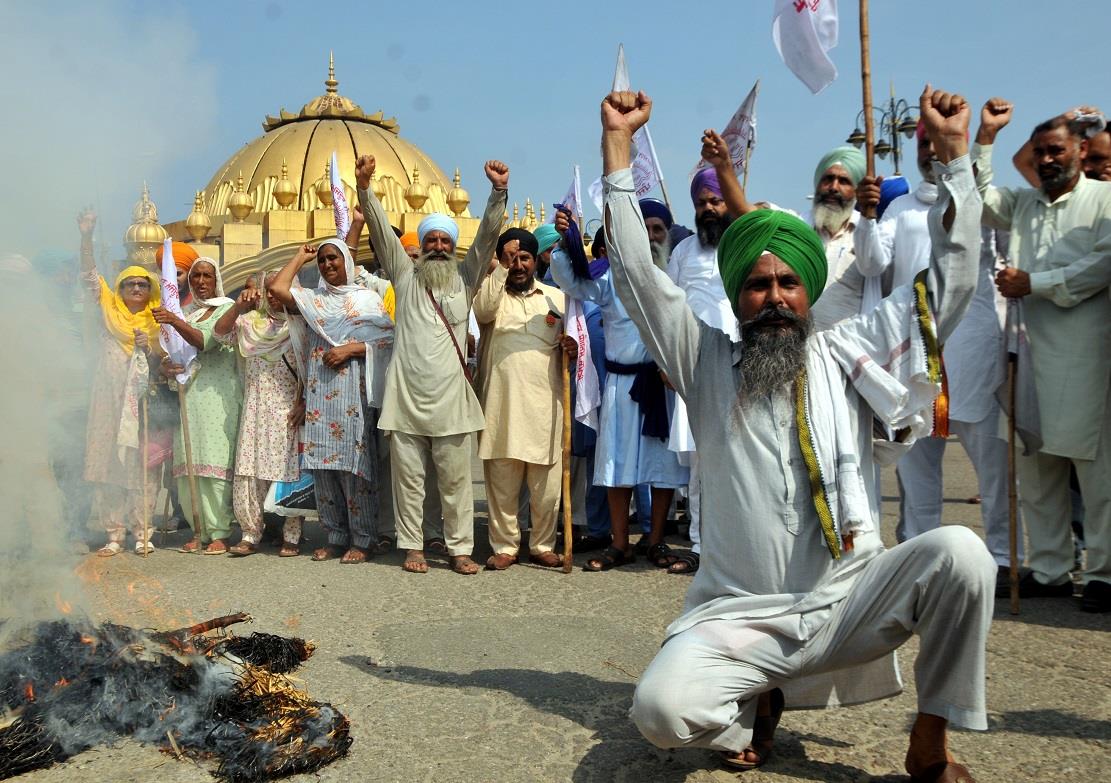 Members of the Kisan Mazdoor Sangharsh Committee raise slogans and burn an effigy of the Central Government at the Golden Gate in Amritsar on Monday. Photo: Vishal Kumar

The farm leaders stated that the amendments proposed in the Bill were against the interests of the poor. They feared that the Bill if passed would directly hit the farming sector as it aims at ending all subsidies on power.

Will push private investment in power

If Electricity Amendment Bill is passed, it will open the way for private sector in power generation, distribution and transmission. The Bill will give power to private firms to increase electricity tariff on the pattern of fuel prices. — Dr Satnam Singh Ajnala, Jamhoori kisan sabha president

After burning the effigy at the Golden Gate here today, Sarwan Singh Pandher of Kisan Mazdoor Sangharsh Committee said all Lok Sabha and Rajya Sabha members from the state have failed to register their protest on the issue. Pandher said Members of Parliament from AAP, Congress and SAD have not uttered a single word against the Bill so far.

Jamhoori Kisan Sabha and Dehati Mazdoor Sabha also organised a protest over the issue at Ajnala and burnt copies of the Bill. Jamhoori Kisan Sabha president Dr Satnam Singh Ajnala said if the Bill was passed, it would open the way for the private sector in power generation, distribution and transmission.

He added that the Bill proposes the private companies to increase the electricity tariff on the pattern of the present system followed for fixing petrol and diesel prices.