Top two ranks in the district bagged by girls, all from government schools | Has 12 students in state merit holders’ tally 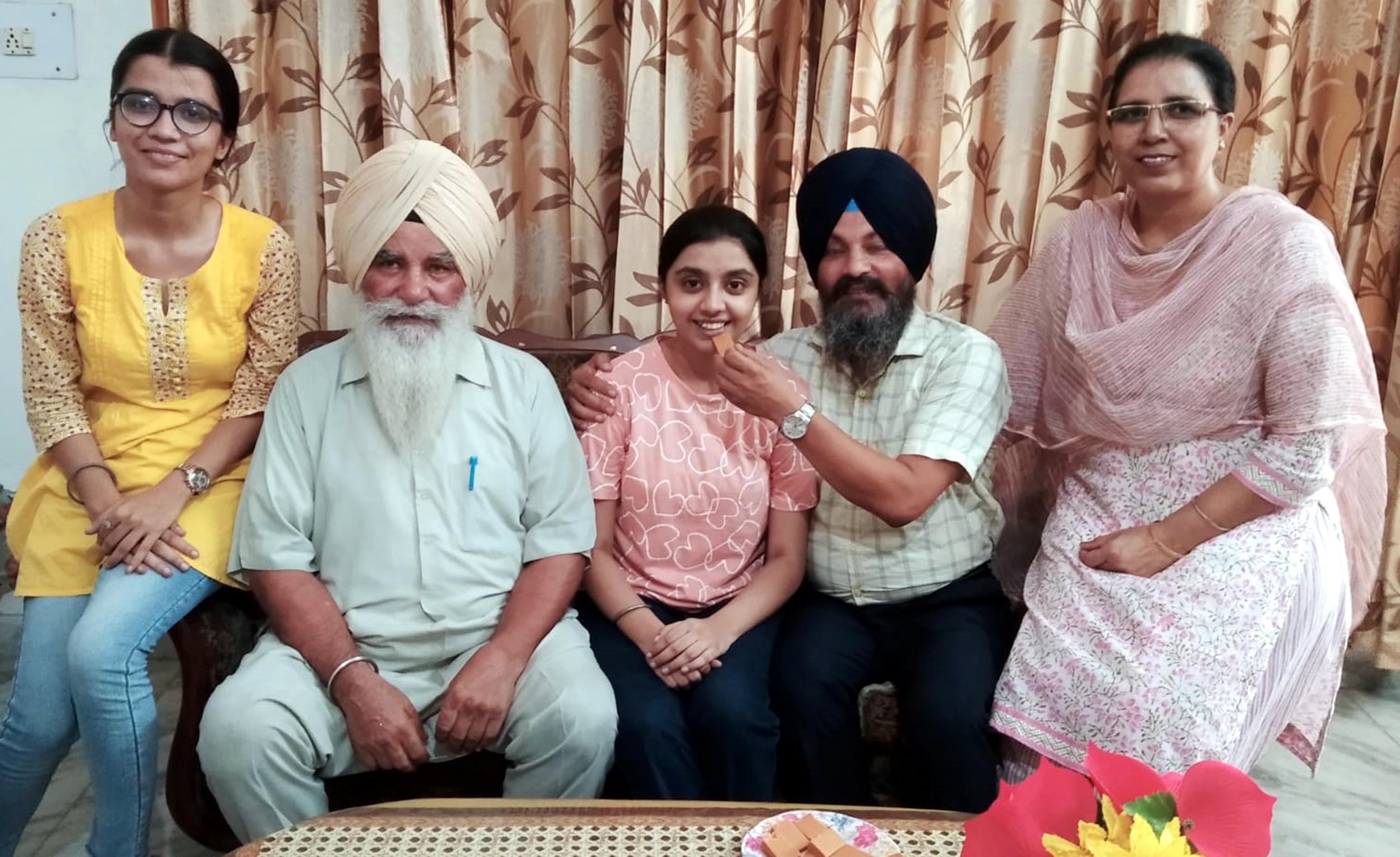 After much delay, the Punjab School Education Board (PSEB) announced the results for Class XII examination late on Tuesday evening.

The top two positions in the district were bagged by girls, with Samreen Kaur from Government Senior Secondary School, Attari, securing the second rank in the state and first in the district by scoring 99.6 per cent marks. Samreen, who is from science stream got 496 marks out of 500.

District topper Samreen Kaur wants to be a teacher

Samreen Kaur, who came second in the state and is the district topper, aspires to become a teacher. Samreen said she considers her father, Harjinder Singh, who is a lecturer in the same school that she studies in, as her role model. “I used to watch him teach students with such dedication and efforts that I want to now do the same by becoming a teacher,” she shared. A studious child, Samreen used to dedicatedly study for 15 hours to cover up the gaps that were left by the pandemic. She credited her academic success to her parents and teachers, who cooperated with her to ensure that she doesn’t have any doubts. Her mother Gurbir Kaur is a house wife. The happiest person for her, she shared was her grandfather Mahant Singh, who called her his ‘ladli’ and celebrated her success with ladoos. 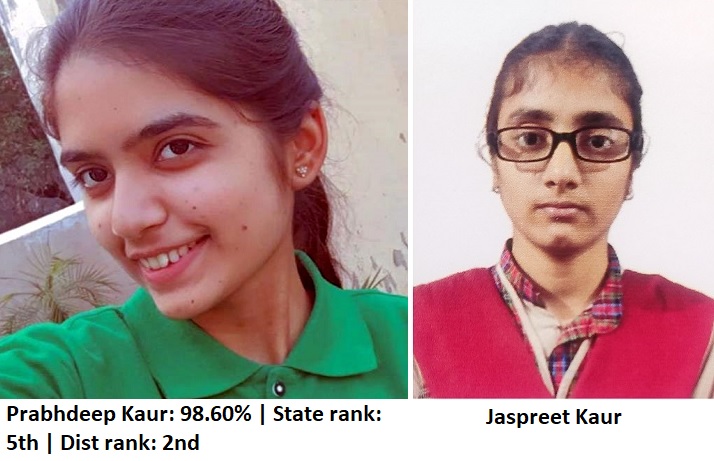 Prabhdeep Kaur — A computer engineer in the making

Prabhdeep Kaur, a student of GGSSS School, Mall Road, wants to become a computer engineer. Prabhdeep said her favourite subject is computer science. A student of non-medical stream, her father Jaswinder Singh is in a private job and mother Maninder Kaur a housewife. She dedicates 10-12 hours to her studies and is an avid reader as well.

The district had a total of 12 students in the state merit holders’ tally. Other merit holders included Sanchit Kumar of commerce stream from DAV Senior Secondary School, Hathi Gate; Mehakpreet Kaur of commerce stream of Sahib Sri Guru Gobind Singh Senior Secondary School, Choong; Mehakpreet Kaur of science stream of the same school, all of them jointly securing 491 marks. The pass percentage of these three students is 98.20 per cent and they stood seventh in the state and third in the district.

Jaspreet wants to be a part of India Inc.

Jaspreet Kaur, a student of Government Senior Secondary School, Mahna Singh Gate, who got the second position in the district, wants to become an entrepreneur. Her inspiration is popular Ted speaker and CEO of Images Bazaar Sandeep Maheswari and Tesla owner Elon Musk. Like them, she also wants to pursue her dream of becoming a corporate honcho. Jaspreet’s mother Amanpreet Kaur is a housewife and father Jasbir Singh a daily wager. Coming from a limited income family, Jaspreet was provided all the help by her teachers, who got her books and other school material. She credits her academic achievement to her teachers.

Raman Kumar from science stream of Prabhakar Senior Secondary School and Manvi from commerce stream of Sant Singh Sukha Singh (SSSS) School secured 490 marks, with both securing eighth rank in the state and fourth in the district with 98 per cent marks. Sukhwinder Kaur of from Sahib Sri Guru Gobind Singh Senior Secondary School Choong and Manmeet Kaur from SSSS School, Sharanpreet Kaur from Guru Nanak Public School, Adda Nath Di Khui and Keshavi Mehta from BBK DAV Collegiate Girls Senior Secondary School secured 489 marks with a combined score of 97.80 per cent marks. All these students secured the ninth rank in the state and fifth in the district.

Other merit holders from Amritsar