Plans drive for checking at shops 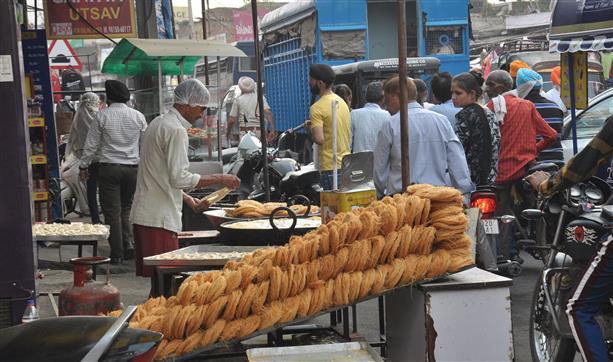 A sweets shop in in Amritsar on Thursday. Photo: Sunil Kumar

Ahead of the festive season, as the demand for sweets has already increased, the district Health Department has warned residents against consuming adulterated foods and shopkeepers against malpractices to cash in on the situation.

As the demand for sweets peaks near Diwali, the celebration of lights, the district Health Department has also planned an extensive drive for checking of shops. The health officials stated that due to increase in demand, sometimes, shopkeepers indulge in malpractices which harm the health of the consumers.

Civil Surgeon Dr Charanjit Singh said: “Everybody loves sweets but if these are of poor quality and cooked in an unhygienic way, these can affect our health badly.” He said people should prefer home-cooked food or should buy it from trustworthy shops.

Dr Singh said the food wing of the department had been asked to keep a watch over the manufacturers and ensure that residents get good quality foods. During the previous years, it has also been noticed that sometimes, sweets are prepared in advance and kept at cold stores so that these could be used near Diwali.

A few years ago, the Health Department had busted such a racket, which had stored a large quantity of sweets in cold stores. “The health teams have a clear mandate to check the quality of food products and destroy these if these are visibly of poor quality,” said the Civil Surgeon. He said sample collection of food products would be increased during the coming days.