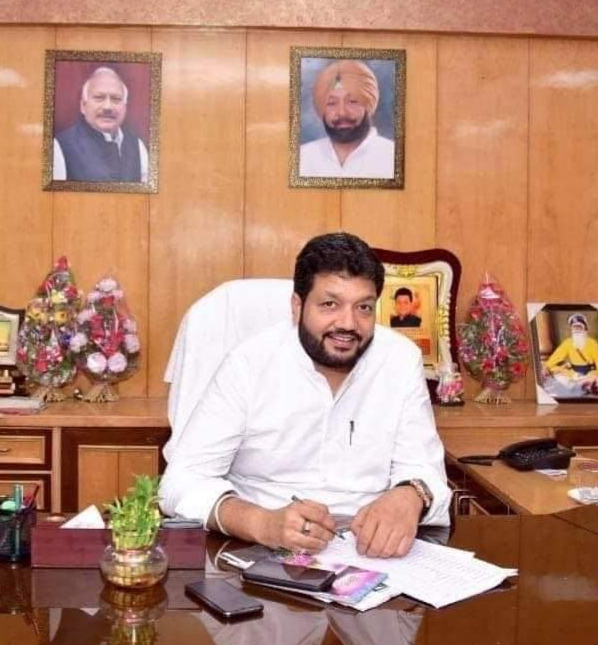 Congress leader and former chairman of the Amritsar Improvement Trust Dinesh Bassi was arrested today by the Punjab Vigilance in connection with his alleged involvement in misappropriation of allotment of a property in the Ranjit Avenue, Amritsar.

Confirming this, SSP (Vigilance) Varinder Singh Sandhu said Bassi had been arrested as he had committed a fraud by using forged documents made against a plot.

An FIR has been registered with the police station, Amritsar Range Vigilance Bureau. It was alleged that Bassi, in connivance with his accomplices Raghav Sharma and Vikas Khanna, had tempered with the record of the plot.

Amritsar DC Harpreet Singh Sudan, who is also heading the charge of Amritsar Improvement Trust, had written to the Vigilance Bureau that Bassi and some other employees of the trust had allegedly committed cognisable offence in allotment of plot no. 204-D located in the Ranjit Avenue area here using forged documents.

He also requested the VB to lodge an FIR on the basis of the complaint submitted by the law officer of the improvement trust in this regard as it had caused a huge loss to the trust exchequer. In the backdrop, one Sohan Singh had claimed that in 1988, the under-questioned plot in the Ranjit Avenue area, was allotted to him, but no allotment was issued by the trust despite depositing the earnest money of Rs 4,000 on January 7, 1988.

Around three years back, Bassi, who shared close proximity with the then CM Capt Amarinder Singh, assumed the charge of the improvement trust and came in picture.

Allegedly misusing his position, Bassi, in violation of the court’s dismissal orders, got the aforesaid plot allotted to Sohan Singh’s daughter Surjit Kaur through attorney Vikas Khanna on May 20, 2021 and got the forged sale deed executed in favour of her on June 25, 2021 at nominal price of Rs 1,410 per sq yards.