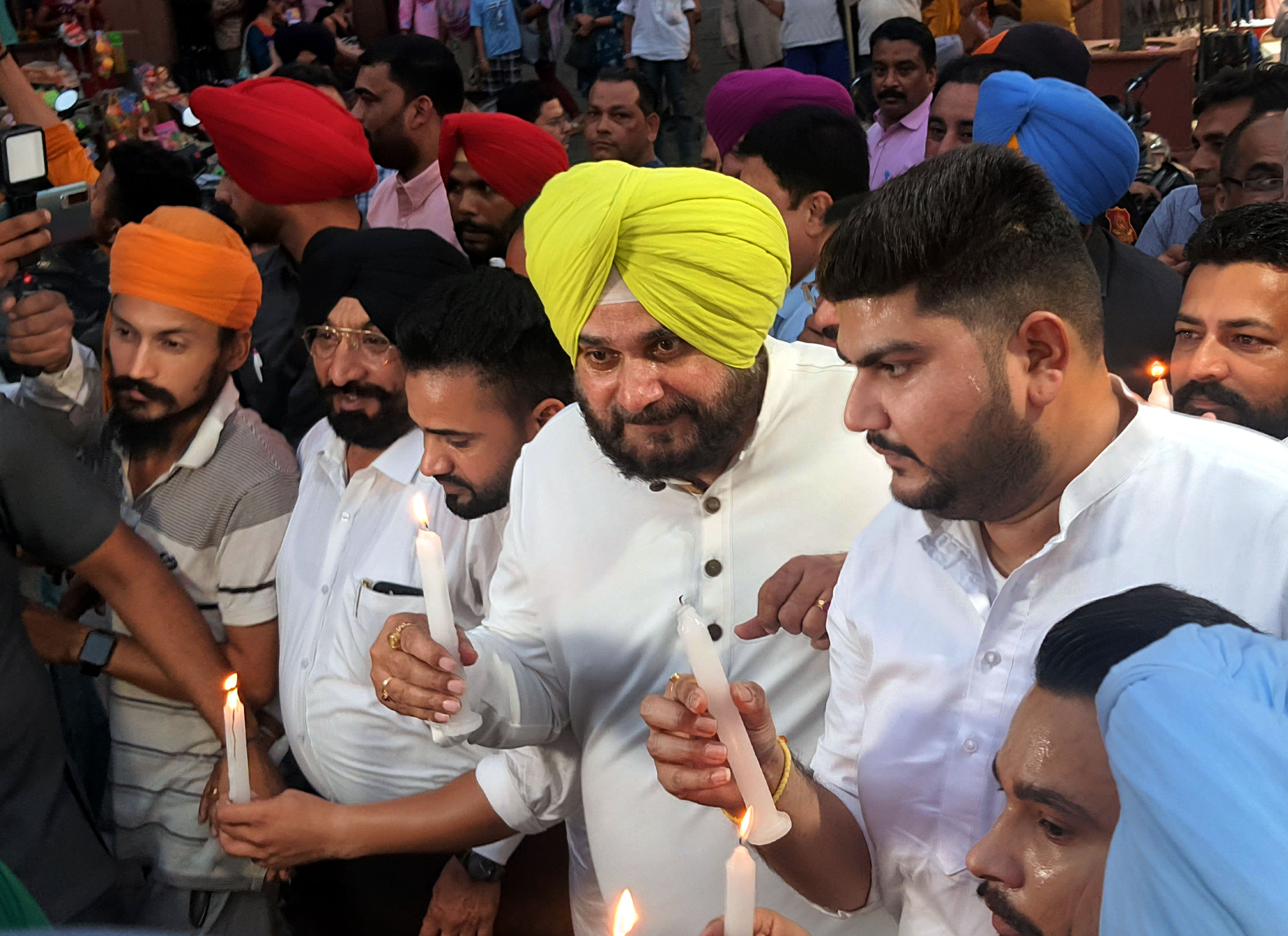 Hours after Punjab Congress in-charge Harish Chaudhary wrote a letter to Sonia Gandhi recommending disciplinary action against Navjot Singh Sidhu, former president of the PPCC, the latter made a public appearance to denounce the clash between two groups held in Patiala recently, here on Monday.

In a tweet posted in the morning, he announced holding of a candlelight march in the evening from the statue of Dr BR Ambedkar at the Town Hall to the Jalianwala Bagh.

He, however, cut short his visit in between and did not go with the participants up to the historic bagh. He said the candlelight march was for “unity, peace and universal brotherhood to protest against divisive forces hell bent to polarise Punjab. Socio-economic fabric of Punjabiyat is our invincible armour”.

Addressing mediapersons, he termed the Bhagwant Singh Mann government inexperienced which failed to avert and handle the communal discord in Patiala. He said both the Indian Constitution and Guru Granth Sahib talked about equality of people.