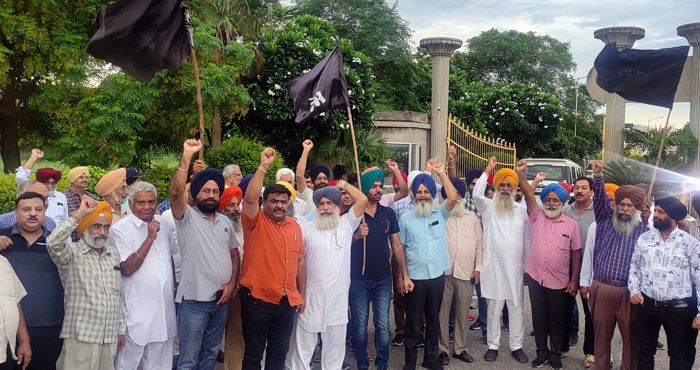 Even after the passing of 24 hours, the police are still clueless about the brutal murder of Mohan Singh (83), who was shot dead by unidentified armed assailants in Holy City locality on the Amritsar-Attari bypass road here late on Wednesday evening.

The victim had just returned home and came out of his car outside his house when armed persons, who had come in an Innova, gunned him down. He owned two petrol pumps — one at Fatehgarh Churian Road and the second on Airport Road.

During a preliminary probe, there was no bullet injury wound on his right thigh. Apparently, the bullet pierced through this body. However, it would become clear in the autopsy report that how many bullet injuries the victim’s body bore.

A senior police official wishing not to be named said that personal enmity could be the reason behind the murder. “There was lakhs of rupees in the car, but the assailants did not decamp with the cash and apparently their motive was to kill the victim. After shooting Mohan Singh, they sped away in their vehicle, leaving him dead on the spot,” he said.

The police said the accused used a .32 bore pistol in the crime. As nobody heard the gunshot sound, the police suspect that the accused had put up silencer on the pistol while committing the crime.

The Police Commissioner said investigations were in progress and the accused would be arrested soon.

The DCP said CCTV cameras in the area were being analysed to find some clues about the perpetrators. He denied extortion might be the reason behind his murder.

In the meanwhile, residents of Holy City held a protest against inadequate security arrangements in the colony by private colonisers. They alleged that they had urged the coloniser and requested the police to provide adequate security, but in vain.

The chief patron of the Holy City Residents’ Association alleged that they had written numerous times to the district administration, highlighting lack of security and basic amenities in the locality, however, no action was taken in this regard.

He alleged a number of robbery incidents had also occurred in the locality and now a man was shot dead by armed assailants.

The residents raised slogans against the colonizer and the district administration during the protest.