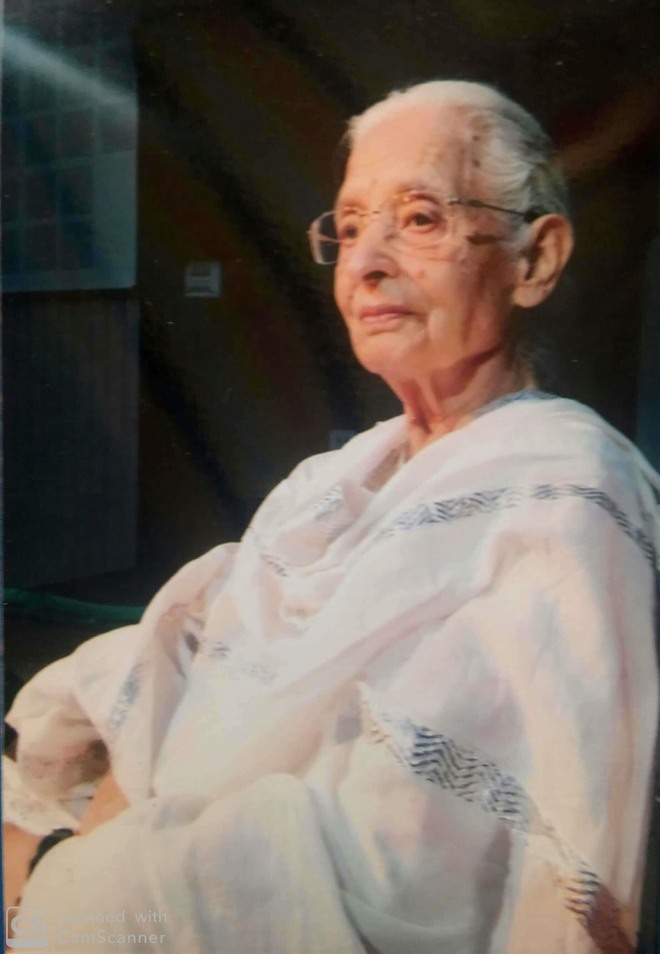 Uma Gurbaksh Singh passed away on Saturday morning at her ancestral home in Amritsar. Tribune photo

Uma Gurbaksh Singh, a stalwart of Punjabi theatre’s history and the city’s legacy, passed away on Saturday morning after a prolonged illness. She was 93 and had been bedridden for the past few months. She was cremated in the presence of her family members and personalities from theatre and literary field.

Kewal Dhaliwal, president, Punjab Sangeet Natak Akademi, who has extensively researched about her work and legacy, said: “With her entry to theatre, many more girls got encouraged and they started participating in plays being staged at Preet Nagar. One among them was Rajinder Kaur, who later adopted the cine-name of Achla Sachdev. Apart from being a theatre artiste, she was a writer, singer and also played sitar very well.”

Her courage off and on stage was well-known. Her younger brother Hridaypal Singh, who is the general secretary of Gurbaksh Singh Nanak Singh Foundation, had once shared: “In 1945, she was arrested by the British government along with her six female companions for performing ‘Hullehullare’ that had often repeated musical dialogue Kaddeo bahar firangi noon, kardeo paar firangi noon, (push out the foreigner, throw away the foreigner).”

“She believed in good social behaviour, discipline and hard work. Even at 93, I had never seen her tired or gloomy. On the contrary, she was very affable, never a wrinkle appeared on her forehead,” shared Dhaliwal. In her later years, she mostly remained in the background, extending support to one and all. “Probably why, nothing much has been written about this first female artiste of Punjabi theatre till today,” says Dhaliwal, adding excerpts from one of his interactions with her.

She had said: “Never mind, if I do not act now, if I do not sing now, but by getting plays staged here, by listening to music performed here every month, I have not allowed the actress in me to die. When I see young girls on stage, I feel relieved that the courage we had once shown has not gone waste.”